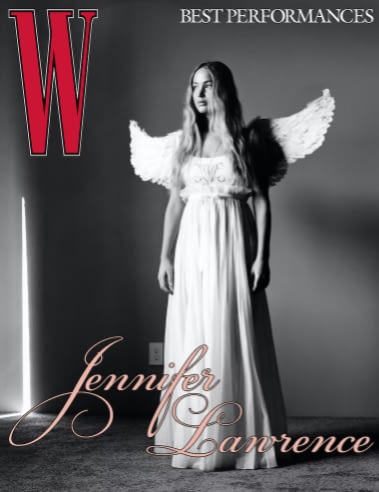 -For W’s Best Performances issue, Jennifer Lawrence talked about which celebrities have left her starstruck. “When Ariana Grande was in my last film, Don’t Look Up, I was photographed with her and I fully look like a radio contest winner…I would be starstruck if I saw Jessica Simpson. That would knock me over.” Meanwhile, Taylor Russell named Zadie Smith: “I saw her at a fashion show years ago. I had just read White Teeth and some of her other books. I saw her and I was like, ‘I wanna say hi, but also, how am I breathing the same air as you?'”

-In his CNN interview with Anderson Cooper, Prince Harry accused Camilla of leaking stories to the British media as part of her campaign to “rehabilitate her image.”

–Rooney Mara says she nearly quit acting after a bad experience on a horror set: “I had done a Nightmare on Elm Street remake, which was not a good experience. I have to be careful with what I say and how I talk about it…I decided after, ‘I’m just not going to act anymore unless it’s something that I feel [I have to].'”

-The video of Chris Evans and Alba Baptista pranking each other is very cute, but I just can’t believe that his washer/dryer set is so tragically basic. Use that Avengers money for a front-loader, at least!

–Kate Winslet pep-talking a young girl about to interview her is all kinds of great. The interview itself is dubbed in German but you can tell Kate thinks about each question and is just generally awesome with her.

–Claire Danes and Hugh Dancy are expecting their third child.

–Kylie Jenner and Travis Scott’s on-again/off-again relationship is reportedly in the “off” position.

-Netflix is at it again. It just canceled animated comedy Inside Job after previously announcing its renewal for season 2.

-This is a very good thread on what happens when a streamer scraps your already filmed project without airing it.

-Meanwhile, if Netflix’s success relies on new subscribers, how much more Netflix can the world absorb? This is an interesting trip around the world with Netflix’s head of TV trying to find out what’s going on with streaming out there.

–Mel Gibson will no longer be co-grand marshal of a parade in New Orleans after organizers said it received “threats that cause us great concern” regarding the actor’s involvement.

-The Golden Globes are back on television tomorrow night after changing ownership and undergoing reform. Is it enough to make the show relevant again?

-Strong reviews and viral memes made M3gan a box office hit this weekend. There’s already talks for a sequel.

-Avatar: The Way of Water has passed Jurassic World on the all-time worldwide box office list.

–Mischa Barton appeared on Rachel Bilson and Melinda Clarke‘ recap podcast of The OC to watch Marissa’s death scene. I love how Bilson is sobbing through this…

-The stalker becomes the stalkee when someone starts digging into Joe‘s past in the trailer for You season 4.