-This is a very good profile on Sam Worthington, who talks about becoming an alcoholic when Avatar made him a star overnight (“Nine out of 10 people couldn’t tell. They could probably smell it on me, but when they looked at me, they couldn’t tell. I was still doing my job — I just don’t think I was doing it very well”), and auditioning for Casino Royale (“I could play Bond as a killer, but I couldn’t get the debonair down for the life of me. The suit did not fit”).

-The second half of Prince Harry and Meghan Markle‘s Netflix documentary dropped, and the gloves come off. Harry said that the palace signed his name to a joint statement saying that Prince William didn’t bully them into leaving. He also accused William’s camp of planting stories (” I would far rather get destroyed in the press than play along with this game or this business of trading. To see my brother’s office copy the very same thing that we promised the two of us would never ever do. That was heartbreaking”), implied Charles’ camp did as well, and blamed the stress from the Mail on Sunday ‘s privacy lawsuit for Meghan’s miscarriage,

-The OC’s Ben McKenzie called cryptocurrency “the largest Ponzi scheme in history” during a Senate Banking Committee hearing today on the FTX collapse.

-This trailer for the Carpool Karaoke series featuring Duran Duran with superfan Sandra Oh is all kinds of cute.

-Speaking of fangirling, James Corden introduced The White Lotus star Haley Lu Richardson to her childhood crush Nick Jonas. “I just wanted to tell you that you’re a huge part of my childhood and therefore life forever,” she gushed. She’s so adorable. “I’m sweating everywhere!”

–This NYT article on Luddite teens made me think of the teen girls in season one of The White Lotus.

-In their Actors on Actors interview, Joe Alwyn and Paul Mescal revealed they have a WhatsApp group with Andrew Scott called “The Tortured Man Club.”

–Henry Cavill is having a bad week. He’s officially not going to play Superman any more, but it’s too late to go back to Netflix’s The Witcher. The show is moving forward with Liam Hemsworth as Geralt.

–This article made me want to watch Disney+’s Limitless, a show in which Darren Aronofsky convinces Chris Hemsworth to do increasingly difficult mental and physical feats, and ends with him staging his own death.

-Here’s the first teaser trailer for Scream 6. I love that Hollywood is finally wake up to the wonder that is Josh Segarra!

-Here’s the trailer for A Good Person, written and directed by Zach Braff and starring Florence Pugh, Morgan Freeman and Molly Shannon. 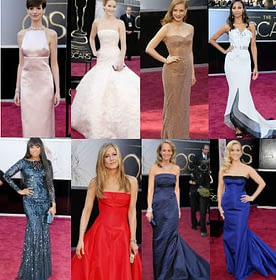