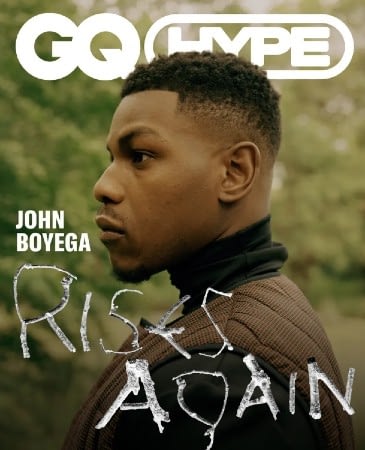 –John Boyega covers British GQ Hype. With three new films coming soon, he talks about learning how to navigate Hollywood on his own terms (“I am not here to cater to anybody’s vision of what they think a leading star should be. Man’s not no flimsy guy”, speaking at a 2020 protest (“I’ve had actors that I’m close to disagree with what I did that day. Some people don’t want to work with me. It’s okay. Hollywood is not one entity”), and what he’s looking for in a relationship (“I only date Black, then it’s about chemistry, personality, goals. Is there a synergy? Can I help you? Can you help me?”).

–Britney Spears has apologized for that post that seemed like she was fat-shaming Christina Aguilera‘s backup dancers, leading Aguilera and Selena Gomez to unfollow her. “By no means was I being critical of Christina’s beautiful body.”

–Leonardo DiCaprio and Gigi Hadid are reportedly “taking it slow.”  (Hopefully not too slow — she’s already 27!)

-In her new Elle profile, Gisele Bündchen talked about wanting Tom Brady to retire. “Obviously, I have my concerns—this is a very violent sport, and I have my children and I would like him to be more present. I have definitely had those conversations with him over and over again. But ultimately, I feel that everybody has to make a decision that works for [them]. He needs to follow his joy, too.”

-The director of The People’s Joker, a queer coming-of-age movie set in the Batman universe, has pulled the movie from the TIFF just hours after its first screening over “rights issues.”

-Netflix is bringing back its online fan event Tudum this month, and promises sneak peaks at over 120 upcoming movies and shows.

–Jennifer Coolidge has the best reaction to being played off the stage at the Emmys.

–Quinta Brunson addressed Jimmy Kimmel laying on stage and pulling focus during her Emmys acceptance speech: “I felt like the bit didn’t bother me that much…Tomorrow maybe I’ll be mad at him. I’m going to be on his show on Wednesday, so I might punch him in the face.”

-This is a good piece on Drew Barrymore’s unusual talk show. “From the beginning it felt like an uncanny experiment exempt from the dictates of network television.”

–Maya Hawke is up for a Stranger Things spinoff focused on Robin and Steve. Ditto.

-There are so many shows debuting this fall and I’ve heard of none of them except for the one starring Hilary Swank, which has a new trailer.

-I didn’t know that Sarah Michelle Gellar was in Netflix’s Do Revenge, but now I’m excited.

-Should Tom Cruise cool it on the increasingly dangerous lengths he is going to in order to get people to see movies in the theater again?

-Here’s the latest trailer for Netflix’s The School for Good and Evil, out next month.

–Charlie Hunnam is a wanted man in Bombay in the trailer for Apple+’s new series Shantaram.

-Here’s the trailer for Babylon, starring Brad Pitt, Margot Robbie, Jean Smart, and Diego Calva. It’s from Damien Chazell but it feels like a Baz joint.