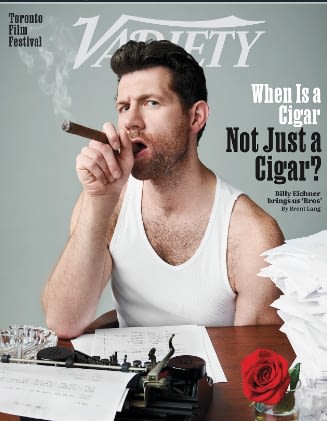 -This is a great cover story on Billy Eichner, who is the first openly gay man to both co-write and star in a major studio film.

–Meghan Markle covers the new issue of The Cut.

–Feist has quit the Arcade Fire tour following those allegations against Win Butler. I can’t believe the tour is still going on.

-In preparation to take over Funny Girl, Lea Michele talked to NYT and apologized for past on-set behaviour but refused to discuss specifics. She also addressed the illiterate rumours: “I went to ‘Glee’ every single day; I knew my lines every single day. And then there’s a rumour online that I can’t read or write? It’s sad. It really is. I think often if I were a man, a lot of this wouldn’t be the case.”

-I am really really bummed that Jon Bernthal had Shia LaBeouf on his podcast. Like, why?? LaBeouf (who’s riding high for burning Olivia Wilde, which apparently made everyone forget his abuse allegations and kicked off a redemption arc) admitted that he basically made up all those stories about his father being abusive when promoting Honey Boy.

-The Leonardo DiCaprio infographic about the age he dumps his girlfriends is gold.

-It’s kind of awesome that Britney Spears had her pick of any outlet or interviewer, and instead she chose to tell her story in a 22-minute self-posted YouTube video.

-The reviews for Lord Of The Rings: The Rings of Power are good.

-I would have started watching She-Hulk much sooner had I known Josh Segarra was in it!

Kid Cudi Is Ready to Move On