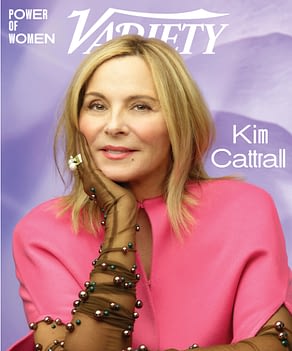 -This is an excellent, wide-ranging interview with Kim Cattrall, with her comments about Sex and the City getting the most play. She talks about the proposed third movie storyline that involved a 14-year-old Brady sending her unsolicited dick pics (“heartbreaking”), the revival’s excuse of Samantha not being around because she was mad Carrie fired her as a publicist (“Well, that feels different than the Samantha that I played”), and why she’d never return (“I think Darren [Star] got it right with “Emily in Paris.” It’s a young show. It’s about young ideals. It’s about discovery. I think the original show is really amazing, but that was a different time”).

–Dave Chappelle was doing a set on Tuesday night at the Hollywood Bowl when a man rushed onstage and tackled him to the ground before the security team dragged him away. A 23-year-old man was arrested on suspicion of assault with a deadly weapon.

–Chris Rock, who was standing backstage, came out and made a quick Will Smith joke. Chappelle, meanwhile, took that moment to crack a cheap trans joke.

-This video of Megan Thee Stallion rebuffing Cara Delevingne on the dance floor is cringe-y.

-I didn’t love Emma Stone‘s dress at the Met Gala, but apparently she recycled it from her wedding reception (which seems more event appropriate).

-Now that Pete Davidson is dating Kim Kardashian, we can’t help but notice the spray tan.

–Tom Cruise was on James Corden’s show this week and man, this is the best his hair has ever been.

-He also consoled Corden for “getting fired.”

-On this May the Force Be With You Day, Adam Scott remembered the time Mark Hamill surprised him on late-night TV.

-This is an interesting article on the Amber Heard backlash.

–FKA Twigs now has a trial date for her sexual battery lawsuit against ex Shia LaBeouf.

-I really liked this piece on the unstoppable rise of ‘nicecore’ films and TV, with projects like Abbott Elementary and Everything Everywhere All at Once celebrating optimism, which makes them an automatic target for cynical tastemakers. Personally, the more the world descends into despair, the more I seek out heartwarming content. If a show like Heartstopper can make me smile for 27 mins straight (and usually when I’m on the elliptical — no small feat!) then it deserves all the accolades it’s getting.

-Speaking of shows that spark joy, season two of Girls5Eva is getting great reviews.

-Here’s the new trailer for Obi-Wan Kenobi, premiering on Disney+ on May 27.

This Is Us’ Sterling K Brown On Emmy Win

The Happiest Season Is Here