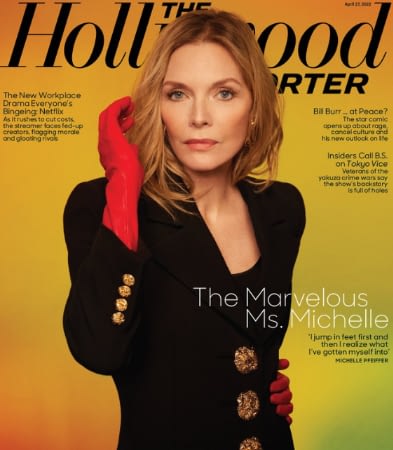 –Michelle Pfeiffer is on the cover of THR and talks about falling under the spell of a powerful L.A. couple when she was younger (“There was a lot of mind-fucking and brainwashing”), her career (“The kinds of roles you’re offered change as you get older and, in many ways, they’re a lot more interesting now”), and if she’d ever play Catwoman again (“It would depend on the context but, yeah, I’d consider it”).

-The fallout from Olivia Wilde getting served legal papers in the middle of her CinemaCon presentation continues. A source (who talks like a laywer) told Variety that Jason Sudeikis “had no prior knowledge of the time or place that the envelope would have been delivered as this would solely be up to the process service company involved and he would never condone her being served in such an inappropriate manner.”

-In happier CinemaCon news, Top Gun: Maverick was screened and the initial response was very positive.

–Will Smith posing in front of the Taj Mahal is…something.

-This video interview of Sarah Paulson and Amanda Peet is adorable, with Sarah explaining why she doesn’t want to kiss her BFF: “You’re just not for me. You need to be like 80 years older.

-I love this TikTok about how Lea Michele‘s PR team must be feeling this week. “Just one errant thought that I had was maybe we could think about not sharing every thought or idea that you’ve ever had about Jonathan? Just something to consider, maybe.”

-Actor Kenneth Tsang, best known for Die Another Day and Rush Hour 2, was found dead in his Hong Kong hotel room, where he was quarantining following a trip from Singapore.

-Despite seemingly no promotion, 365 Days: This Day is currently the No 1 movie in the world. Meanwhile, a third movie has already been filmed and may come out as early as this year.

–Kim Kardashian approached Bowen Yang for a photo, and his reaction was hilarious. “YOU’RE asking ME?? This is the greatest accomplishment of my life.” 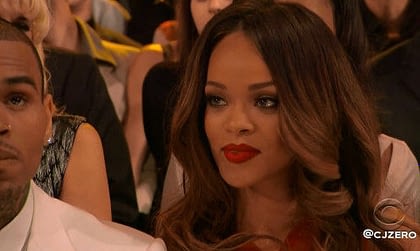 Did Adele Yell at Chris Brown at the Grammys?