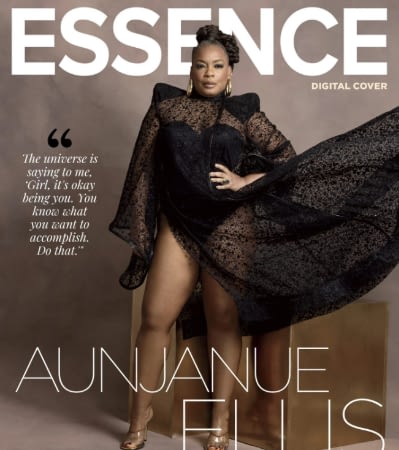 –Aunjanue Ellis was the best thing about King Richard, and she deserves all the covers. Here she is on Essence.

–Tom Hiddleston and Zawe Ashton are engaged, three years after starring together on Broadway.

–Wendy Williams broke her silence about her show ending with a phone interview with GMA (she didn’t want to be on camera) and the entire interview was…odd.

–Oscar Isaac wore an amazing skirt to the London premiere of Moon Knight. (People are calling this a kilt but there’s no tartan. This is a skirt and it’s awesome.)

-This sums up my feelings about Jared Leto perfectly.

-This is a great video clip of Nicolas Cage, in which his castmates teach him about “caging” — where people hang photos of him in random places. “What is this? Is this really a thing? Is this a trip or is this real?”

–This piece on Jane Campion’s comment about Venus and Serena Williams is so, so good.

–Channing Tatum says the next Magic Mike movie is “a reverse-role Pretty Woman story that ends up with a lot of dancing in it.” Yup, sign me up.

–Arcade Fire‘s new album, WE, will be released on May 6 and I’m already in love with its first single, “The Lightning I, II”. Here’s the video.

-I love that Stephen Colbert wanted to sing “Barrett’s Privateers” during his interview with Michael Bublé (and that he knew it way better than the singer).

-This is an interesting/depressing interview with Rachel Shukert, the showrunner of The Baby-Sitters Club, who says that despite being critically acclaimed and widely watched, her show was cancelled by Netflix because people were watching it at their own pace instead of in a quick binge. “At Netflix, it’s more about if the show works on the platform than if the platform is working for your show. They want people to watch it a certain way, and they want shows that people will watch that way — not shows that people want to watch in their own way.”

-The whole Rachel Shukert interview is great, and I didn’t even watch the show. I also liked this part: “I think female audiences are trained not to take their own stories as seriously. Stuff men were obsessed with when they were 9 is treated like Hamelt. How many Spider-Man movies are there? How many Star Wars? They tell it over and over again from different perspectives. That’s all fine, obviously. But what if someone treated something for girls that seriously? Even with a fraction of the money.”

-Squid Game’s Hoyeon has joined the cast of Alfonso Cuarón‘s upcoming Apple TV+ thriller alongside Cate Blanchett and Kevin Kline. Love this for her.

–Jessica Biel is a housewife-turned-axe-murder in the trailer for Hulu’s limited series Candy, costarring Melanie Lynskey.

–Kaley Cuoco becomes a CIA asset in the trailer for season two of The Flight Attendant.

–Sienna Miller stars as a wife grappling with a rape accusation that’s been leveled against her husband (Rupert Friend) in the trailer for Anatomy of a Scandal.

Angelina Jolie on Brad Pitt: “We Will Always Be a Family. Always.”