-The tracklist for Adele‘s new album includes songs titled “I Drink Wine”, “Can I Get It” and “Oh My God.” I’m here for all of it.

–Lil Nas X is WSJ magazine‘s music innovator of the year and talks about his social media savviness (“Anybody who tries to s— on me on Twitter, it’s just not gonna work”) and courting controversy (“You take certain things like kissing a guy onstage: I know that’s going to be something that’s talked about. But let’s get into the root cause of why it’s being talked about”).

-In his new book, Kal Penn reveals he’s engaged to his boyfriend of 11 years — and that he’s had a boyfriend for 11 years.

-On a new podcast, Hailey Baldwin talked about standing by Justin Bieber amid his mental health struggles. “I was in it. I made a decision. I know for a fact that I’ve loved this person for a very long time and now would not be the time to give up on him. I just wouldn’t do that to him. Imagine abandoning somebody in the middle of the worst time of their life, potentially. I’m not that type of a person. So I was going to stick it out no matter what the outcome was going to be.”

–Hannah Waddingham and Sharon Stone met on a red carpet this weekend and freaked the hell out over each other.

–Chris Pratt is really leaning into voice work. He’ll play Garfield in a new animated feature. He had had a lead voice role in Disney/Pixar’s Onward, and was recently announced to be voicing Mario in the upcoming Super Mario Bros. movie.

–Florence Pugh debuted her new, short hairstyle. I dig it.

-I’m not sure that the guy who reportedly handed Alec Baldwin the gun on the set of Rust should be releasing statements that scold the film industry about safety.

-Sisterhood of the Traveling Pants alums Blake Lively and Amber Tamblyn hung out for Halloween.

–Steve Buscemi was the best dressed celeb this Halloween.

-Outspoken anti-v*xxer Kristy Swanson has reportedly been hospitalized with covid.

–Ice Cube has dropped out of a comedy costarring Jack Black after declining to get vaccinated. He walked away from a $9 million payday in the process.

–Ed Sheeran says Elton John is good (maybe too good?) at keeping in touch. “I think people think I’m exaggerating and lying when I say he calls every day. He calls me every single morning. Even if it’s like 10 seconds, every single morning he calls.”

-With The Good Place’s William Jackson Harper in the lead, this season of HBO Max’s Love Life is getting glowing reviews.

-I gave up on The Morning Show but have not given up on the recaps to see what wildly ill-conceived plot twists they keep coming up with.

–Halle Berry and Patrick Wilson star in the trailer for Roland Emmerich‘s Moonfall. 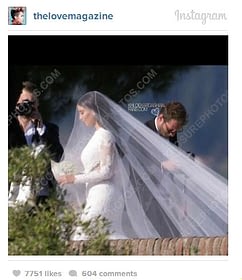