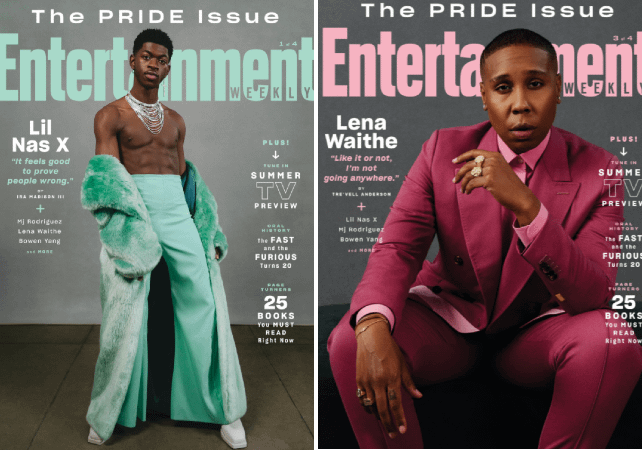 –Ben Affleck meme’d himself for being thirsty on Raya.

–Britney Spears would like a break from having documentaries made about her. “These documentaries are so hypocritical … they criticize the media and then do the same thing.”

–Julianna Margulies is releasing a memoir and says he didn’t want it to be a “tell-all.” Ok, but if she doesn’t address the Archie Panjabi stuff, she can keep it.

-A day after announcing “I’m in the worst shape of my life” comes news that Will Smith will be in a Youtube fitness show.

-Elizabeth Olsen was reportedly pursued for several high-profile series from top producers after the success of Wandavision (rightly so), and she ultimately chose HBO Max’s Life and Death, a limited series by David E. Kelley in which she’ll play Texas killer Candy Montgomery.

–Andrew Garfield insists he’s not in the upcoming Spider-Man movie, but no one believes him.

-An Ontario couple got married at Schitt’s Creek’s Rosebud Motel, and Dan Levy sent them a video message.

-Nocturnal Animals costars Amy Adams and Jake Gyllenhaal are teaming up again after winning the rights to the book Finding the Mother Tree.

-There’s going to be another Spice Girls movie? Huh.

–Tiffany Haddish and Billy Crystal are fast friends in the Here Today trailer.

–Al Pacino and Meadow Williams star in the first trailer for American Traitor: The Trial of Axis Sally.

-Here’s the trailer for Netflix’s new romantic drama The Last Letter From Your Lover starring Shailene Woodley and Felicity Jones.

Is a New Adele Album About to Drop?

Kate Middleton Is Not Having It with Prince William