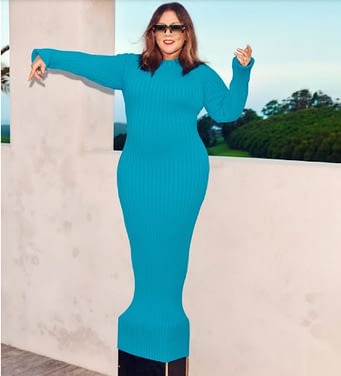 -I missed Melissa McCarthy‘s Instyle cover but I love the photoshoot. In the interview, she talks about anti-maskers (“I truly didn’t think people hated each other that much or hated the idea of people who they don’t even know”) and quarantining with her mom (“She stayed five months, which was amazing. I haven’t lived with my mom every day since I was 18 years old. To have that time with her again was unbelievable”).

–Gayle King keeps breaking royal family news. She says: “Meghan [Markle] has documents to back up everything that she said on Oprah’s interview. Everything.”

–Billie Eilish ditched her green and black hairstyle for a new blonde look. I love it.

–Demi Lovato‘s YouTube doc is filled with sad revelations, including that she lost her virginity in a rape by a costar in her Disney days, and she was sexually assaulted by her drug dealer the night of her overdose.

-In happier Demi news, her next album will feature a Ariana Grande collab.

-Youtuber David Dobrik responded to allegations of sexual assault against Durte Dom, a member of his Vlog Squad, saying “consent is super, super important to me.” He added, “With people in my life that I don’t film with anymore, like Dom, I chose to distance myself, because I don’t align with some of the actions, and I don’t stand for any kind of misconduct. I’ve been really disappointed by some of my friends.”

–Hailey Bieber opening a beer bottle with her teeth (to the disgust of Kendall Jenner) is kind of cute.

–Kevin Feige shut down rumours that Chris Evans will reprise his role in Captain America in The Falcon And The Winter Soldier. I think WandaVision has taught us not to expect huge MCU cameos.

-Justified’s creative team is reunited to develop a Elmore Leonard novel for FX, and Timothy Olyphant is rumoured to be reprising his Raylan Givens character for it.

–James McAvoy fans rejoice: you can watch the full episode of Celebrity Bake Off online.

-Even Michelle Obama couldn’t get Jimmy Kimmel’s daughter to eat her veggies.

–Matthew McConaughey confirmed he’s considering a run for Texas governor. “I would be a fool not to… As I’ve said before and I’ll say again now, I have to decide for me what is my category where I can be most useful in life from here?”

-Here’s a blast from the past no one asked for: Garth Brooks says he’s reissuing his Chris Gaines album with bonus material.

–Steven Yeun and Ali Wong will be co-starring together in a new limited series from Lee Sung Jin, who is behind FX’s Dave — a show I haven’t seen but people rave about.

-This is a great piece in Variety about how Hollywood is complicit in the violence against Asians in America: “Reducing Asians to flat, heavily accented caricatures is a favorite pastime in this country, and has been for decades.”

–Bruce Lee‘s daughter also spoke out against the increasing violence, tweeting “This is where ‘kung flu’ leads. You think it’s a joke and that we shouldn’t be so serious about it. But then there are those who latch onto it with hatred and xenophobia and use it to fuel their fear and contempt until it explodes into heinous acts.”

-I just finished Allen v. Farrow and I don’t know how he comes back from this. The series takes the idea of separating the art from the artist and turns it on its head.

-The Synder cut of Justice League is getting good reviews. Mostly.

-The BBC is working on it’s own Britney Spears’ documentary.