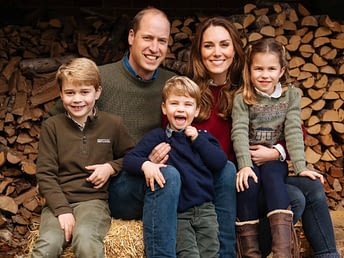 -The royal family’s post-The Crown damage control continues with William and Kate’s holiday card and a People cover story on how Kate Middleton isn’t a pushover. Um, good for her?

-I was really surprised that when the Tom Cruise audio leaked last night, the immediate reaction seemed to be mostly “go, Tom!” I mean yes, we all want to yell at dummies who break covid protocols, but I just kept thinking about how awful it would be to have a boss who berates you like that in public. And the power imbalance of subordinates getting screamed at by one of the most powerful actors in the world is yucky. I’m sure it had to be said but I’m not sure that was the best way to say it, and if this audio leaked at any other time he would be stuck with a Christian Bale “get out of my eyeline!” level scandal.

–George Clooney says he supports Cruise, though he might have handled it differently. “I think it doesn’t help necessarily to point to specific people in that way and do it that…but, you know, everybody has their own style. The people who were on that shoot will tell us more about it. I understand why he did it. He’s not wrong at all about that. You know, I just, I don’t know that I would have done it quite that personally, but I don’t know all the circumstances so maybe he had [done it differently] 10 or 15 times before.”

-Also, the fact that Hollywood productions keep getting magical passes to keep things going during lockdown remains weird to me.

-The West Wing star Richard Schiff says it was “touch and go” when he was hospitalized with covid.

–Cardi B is facing backlash after throwing a packed birthday bash for Offset with no masks or social distancing. I guess she’s learned nothing from her Thanksgiving gathering.

-Speaking of chaotic, check out Christina Aguilera‘s performance of “The Christmas Song” on Seth Meyers‘ show.

–Kaley Cuoco had to fend off questions about ex-boyfriend Henry Cavill on Watch What Happens Live.

–Pharrell Williams defended Taylor Swift in her ongoing battle with Scooter Braun over the rights to her masters in an interview with Variety.

-Disney reportedly ‘balked‘ at executive producer Jerry Bruckheimer’s idea of bringing back Johnny Depp for a cameo in the female-centric Pirates Of The Caribbean spin-off.

-The Lizzie McGuire reboot is officially dead. It seemed doomed from the start: production was already under way when the Disney+ show was shut down, its original creator/showrunner was fired, Hilary Duff was vocal about a move to Hulu, and a search for a new showrunner came up empty.

–Matthew McConaughey continues to whine about the “illiberal left“.