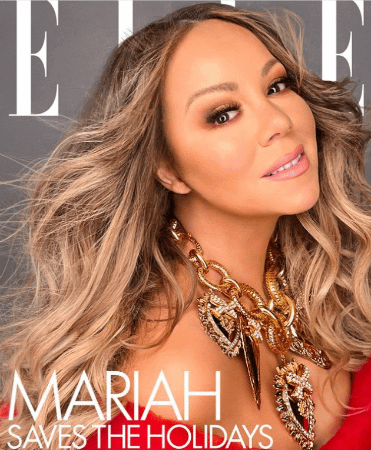 -Queen of Christmas Mariah Carey graces the December  digital issue of Elle. In the interview, she talks about why the season is so special to her: “After I kind of emerged from my first relationship-slash-marriage [to Tommy Mottola] I created the Christmases that I wanted to have. A lot of very bad stuff happened to me when I was 12. But also, there is the spirit of that kid, that fighter who doesn’t give up, who does embrace who she is, even though the world didn’t understand that from my point of view.”

–Miley Cyrus gave another no-holds-barred interview to Howard Stern, saying that during the pandemic “I have a lot of Facetime sex” and that there was “too much conflict” in her marriage to Liam Hemsworth: “When I come home, I want to be anchored by someone. I don’t get off on drama or fighting.”

-It’s Britney Spears‘ birthday and she’s celebrating with her most disturbing IG post yet.

-The Morning Show just cast Julianna Margulies in season 2 and while I didn’t love the first season, this is damn fine casting.

–Taylor Swift has debuted her re-recording of Love Story in a Match ad with Ryan Reynolds.

–Hailee Steinfeld has been seen filming Hawkeye as Kate Bishop, even though Marvel hasn’t even confirmed she’s in it yet.

-The Academy insists the upcoming Oscars will be in person. That’s cute.

-I don’t usually care about NBA players’ marriages, but damn this is messy.

–John Mulaney says he was investigated by the Secret Service after his SNL monologue. “I guess they opened a file on me because of the joke, and I have to say: Am I stoked there’s a file open on me? Absolutely. Did I enjoy it in the moment? Not so much.”

–Kaley Cuoco and Margot Robbie might both portray Harley Quinn but they’re not feuding — cause they’ve never even met.

-I will buy the shit out of Jennifer Lopez’s skincare line.

-I saw Our Friend at last year’s TIFF and Jason Segel and Dakota Johnson were so good, I completely forgot about the Casey Affleck of it all.