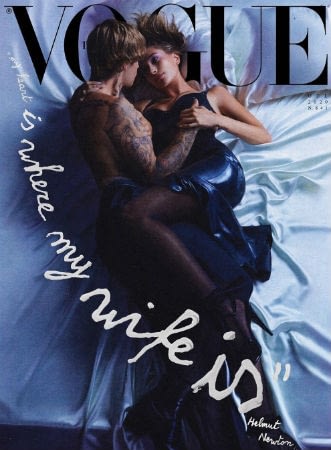 –Lenny Kravtiz is making 56 look real good on the cover of Mens Health.

–SZA tweeted both a confirmation of, and a correction to, Drake’s claim that they dated on his song “Mr. Right Now”.

–Harvey Weinstein has been charged with six additional counts of sexual assault ahead of his Los Angeles trial on sex crime charges.

–Lana Del Rey wore a mesh face mask to meet fans. Why even bother then?

-Aw nuts. Despite receiving a fourth and final renewal, Netflix announced they won’t be creating any more episodes of Glow due to the COVID-19 shutdown. I hate these reverse decisions on renewals. I get they can’t shoot anything now, but is there no way to hold the show for a year?

-Speaking of Netflix, they also opted not to pick up a second season of Teenage Bounty Hunters, which is surprising because that show seemed universally beloved.

-A Netflix show that is NOT universally beloved right now is Emily in Paris. I tried but the way they portray social media managers was too much to get me past episode 3. It’s pretty, but the lead character is too arrogant to raise it to Younger or The Bold Type levels of fun.

-The movie industry has basically given up 2020. Following last week’s announcement that the new James Bond would move to Easter 2021 and F9 would also be pushed to May 2021, Denis Villeneuve’s Dune has bumped its release date all the way to next October.

-Meanwhile, Hocus Pocus was re-released and it nearly beat Tenet at this weekend’s box office.

-The NYPD is offering a reward “up to $2,500” for information regarding Rick Moranis’ assailant after the actor was randomly attacked while going for a walk on Friday.

-The Game of Thrones creators talked about that coffee cup showing up in the final season (“I couldn’t believe it”) but seem pretty unapologetic about the reaction to the finale.

-I never want to watch any Game of Thrones-adjacent thing again but good for Paddy Considine for getting cast as the lead in the prequel House Of The Dragon. I adore him.

-The only good part about the SNL premiere was Chloe Fineman‘s impression of Drew Barrymore, which Barrymore adored.

-I love how tight the three main actresses on Supergirl seem to be in real life.

-The cast of Dazed and Confused — including Matthew McConaughey — will virtually reunite for a table read to benefit March for Science and the Voto Latino Foundation.

–Rihanna is getting a lot of praise for her body inclusive lingerie campaign.