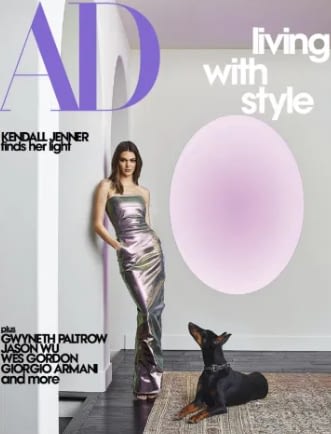 –Kendall Jenner offers a look inside her Los Angeles home in the September issue of Architectural Digest. I’m surprised by how much I like this.

–Meghan Markle has agreed to pay more than £67,000 in legal costs after losing the first round of her legal battle against the Mail.

-Man, I’m really digging Seth Rogen these days. His new movie that’s dropping on HBO Max/Crave next week looks great, he’s repeated slammed people who comment AllLivesMatter on his posts, and in Marc Maron‘s podcast, he said when he was younger he wasn’t told Palestinians lived on land that became Israel. “I also think that as a Jewish person, like I was fed a huge amount of lies about Israel my entire life. You know, they never tell you, that oh by the way, there were people there. They make it seem like it was– just sitting there. Oh the fucking door’s open! … Literally they forget to include the fact to every young Jewish person: Basically, oh by the way, there were people living there.”

–Megan Thee Stallion showed off the flowers she got from Beyonce and Rihanna following her shooting.

-Meanwhile, Vulture’s piece on the reaction to what happened to her is well worth your time. “Try to recall another time when a rapper went into surgery for multiple gunshot wounds and it became instant gag fodder.”

–Taylor Swift stans continue to go after the Pitchfork reviewer. This is insane. Not that ANY review would justify this kind of reaction, but she liked the album! She gave it 8/10!

-Speaking of disturbing fan behaviour, Kate Beckinsale used IG stories to document getting an “unsettling” gift — someone anonymously dropped off a rabbit in a cage along with a basket of rose petals on her front door.

–Post Malone appeared on Joe Rogan’s show (ugh) and talked about masks. The singer, whose lifestyle brand donated 40,000 N95 masks to frontline medical workers, doesn’t think masks should be mandatory. “It’s like me in school having to tuck in my shirt or else you get detention. It’s weird to be forced to wear something … At the end of the day, it all comes down to respect for other people. It’s not a government thing. You shouldn’t be forced to wear a mask — but you should. And that’s because I respect you as a follow human.”

–Marti Noxon and Kater Gordon, who previously called out Mad Men creator Matthew Weiner for harassment, wrote a column about how the industry can better protect staff from toxic showrunners in light of the news that Weiner has a new development deal with FX.

–Cameron Diaz chatted with Seth Meyers about quarantining with her husband, Benji Madden, and their 7-month-old daughter, Raddix. She was doing promo for her new wine line — which might have gone better had she not poured herself a glass over ice.

-The Emmy Awards have confirmed the ceremony will be completely virtual in a message to nominees, in which they note: “If you want to be in formal wear, we’d love that, but equally if you’re in the UK and it’s 3am, perhaps you want to be in designer pajamas and record from your bed!” Aw man, this is going to be so weird.

–Yahya Abdul-Mateen II‘s reaction to getting an Emmy nomination for his role in Watchmen is so pure.

-But no one — I mean no one — does an Emmy reaction better than Glow’s Betty Gilpin. This year’s statement might be her best yet: “To the Television Academy — how dare you. I really can’t stress enough how much of a threat this nomination is to my current quarantine brand of pasta and sad. In the Time Before, being born with a healthy protective emotional wall missing meant I got to channel that into pretend time in exchange for health insurance and claps. Until today, apparently here in the apocalypse, these skills were about as meaningful as a worm’s hymn in a canyon. I’d like to thank the cast and crew, and the Academy, and seasonal depression, and honestly Nathan Lane, and before this nomination phoenixes me out of mediocrity and I explode into ribbons just real quick the cops who killed Breonna Taylor still have not been arrested.”

–Kieran Culkin saying he’ll punch Succession costar Nicholas Braun ‘in the balls‘ if he beats him is also a pretty great reaction.

-Meanwhile, Nicholas Braun released a pandemic track called ‘Antibodies’ to encourage people to donate to Partners in Health and The COPE Program, two organizations working to help those most vulnerable and affected by coronavirus. The song is both hilarious and incredibly catchy. Go, Cousin Greg!!

–Tracy Morgan and his wife, Megan Wollover, are splitting after five years of marriage.

–Annie Lennox called out Madonna for posting some BS covid conspiracy theories on her Instagram.

-The first photos from Netflix’s Ratched, Ryan Murphy‘s prequel to One Flew Over the Cuckoo’s Nest starring Sarah Paulson, looks predictably kooky. Is that Sharon Stone with a … monkey?

-Rapper Malik B, a founding member of The Roots, has died at 47.

-Netflix announced it will be adding seven classic Black sitcoms to its library in an initiative lead by @StrongBlackLead. The shows are: Moesha, The Game, Sister Sister, Girlfriends, The Parkers, Half & Half, and One on One. I’m definitely due for a Girlfriends binge, but so far this looks like it’s US-only.

–Dua Lipa confirmed that a side b of Future Nostalgia is coming.

–Ashley Judd won her appeal, allowing her to go forward with her sexual harassment claim against Harvey Weinstein.

–Lili Reinhart tries to recover from an accident in the Chemical Hearts trailer, which will debut on Amazon Prime.

The Office’s Jim and Pam Reunite