-It’s a good week for new music videos. First there was Taylor Swift’s, then BTS’, and now Lady Gaga’s.

-AP interviewed The Way Back’s director Gavin O’Connor and star Ben Affleck, and they talked about how the actor had a breakdown when his character tries to make amends with his estranged wife. ” Said O’Connor: “It was probably the second take, Ben just had a breakdown. I’m getting chills thinking about it. It was like the dam broke and everything came out. I just remember the crew, everyone was frozen, watching him bear his soul. It was obviously real. A lot of things that he probably had to say in his own life, or maybe he had said, I don’t know.” The longer this press tour chugs along, the more I hope Affleck cleared all this talk with Jennifer Garner.

-Wow, this is a surprise: America Ferrera is leaving NBC’s Superstore.

-Speaking of surprising TV news, it looks like Netflix is getting ready to renew Lucifer.

–Normani‘s very considered comments in Rolling Stone on Camila Cabello‘s racist posts are worth your time.

-I can’t imagine ever watching a CBS medical drama, but good for Sophia Bush for landing the lead role.

-Yikes, it sounds like Grey’s Anatomy is really whiffing their latest departure. The show will say goodbye to Alex Karev next week — without an appearance from Justin Chambers himself. I’m so curious about what the bts story is here.

–Prince Harry joined Jon Bon Jovi and members of a military veterans’ choir at Abbey Road Studios to record a song for Invictus.

-Last night on Fallon, Bad Bunny wore a skirt and a sweater that read “they killed Alexa, not a man with a skirt.” Alexa was transgender woman in Puerto Rico who was killed and her murder was posted on social media.

-Holy moly, Nancy Meyers wrote a Modern Love column about attending weddings with her ex-husband. This is the romcom-y drabble I needed to head into the weekend!

–Elisabeth Moss says the photo of her holding hands with Jennifer Aniston on the SAG Awards red carpet didn’t make her feel special. “Well, everyone thinks that moment with Brad where they were holding hands was a big deal, but honestly, she seems to just be doing this with everybody. I mean, she’s just very handsy…I’ve literally never officially met her.”

-The Love Is Blind finale dropped today and my entire Twitter TL is freaking out. But the producers say they had two more engagements that they didn’t follow. I don’t get why some couples you see in the first few episodes just disappear. This was filmed in 2018. Surely Netflix had enough time to edit it all together in a way that could coherently include them, or drop them altogether?

-If you read one celeb-adjacent story today, read Caity Weaver‘s deep dive into what is going on with the Royal Family Instagram accounts. It’s so, so good.

–Hilary Duff declined to comment, but multiple sources tell Variety that the star is not happy with Disney for firing showrunner Terri Minsky from the Lizzie Maguire revival two episodes in. The two women wanted to do an adult version of Lizzie but Disney wants a show that will appeal to families. The revival now remains on hold.

–Taylor Swift is unrecognizable in her video for “The Man,” in which she transforms convincingly into a dude.

-Speaking of new music videos, Alanis Morissette attends AA in the video for “Reasons I Drink,” which includes a version of her dressed as Ironic-era Alanis.

-This is a good take: Celebs should Instagram themselves washing their hands instead of wearing masks.

–Britney Spears posted a dance video and it was all going well and good — until she broke her foot. You can actually hear the moment it happens.

-In a new op-ed for The New York Times, staff writer Lindsay Crouse opened up about the moment she discovered that the man she used to date for seven years has moved on with Lady Gaga. “Lady Gaga is amazing. Comparing yourself with her is incredibly motivational, and I recommend you try it, regardless of how you relate to who’s dating her.”

–Variety’s new cover story tackles what has/will change with Harvey Weinstein‘s verdict. “For so long, those in Hollywood who have abused their power have stood to gain everything from perpetuating this fear in women,” says Canadian actress Larissa Gomes, who was 21 years old when he allegedly sexually harassed her in a hotel room.

–Jordan Peele‘s Candyman trailer freaked me the eff out. 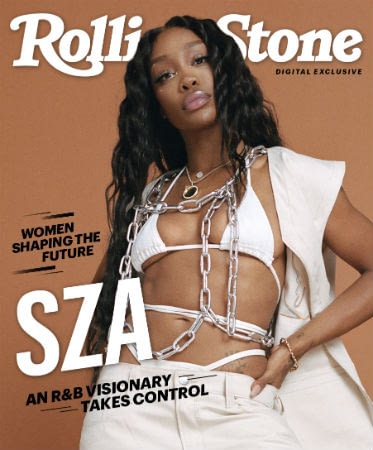 -I know she seems to hate it for some reason, but SZA’s Rolling Stone cover story is really good! She tries to temper expectations about her next release (“Music is coming out this year for sure. An album? Strong words”), talks about coming to terms with fame (“I’ve been in the airport on the way to see my grandmother on life support and [fans] are like, ‘‘Aw, girl, what are you doing here? Can I get this picture now?'”) and addresses the devastating loss of her grandmother (“I didn’t want to make music. I didn’t. I was just trying to not kill myself, and not quit, period. Because it was really fucking hard, and lonely as fuck”).

-She also released the video for “The Other Side,” her collab with Justin Timberlake for the Trolls World Tour soundtrack.

-The Johnny Depp apologists who were all over Twitter a couple of weeks ago seem strangely silent today. According to text messages read out in court this week, Depp once texted actor pal Paul Bettany: “Let’s burn Amber [Heard]…Let’s drown her before we burn her!!! I will f–k her burnt corpse afterwards to make sure she is dead.” Depp is in London for a preliminary hearing in his libel suit against British newspaper The Sun over an article that alleged Depp had been abusive to Heard. The texts were revealed in court after previous lawyers for Depp had accidentally shared 70,000 messages from and to the actor with The Sun’s legal team — by mistake!

–Prince Harry spoke at a conference for his sustainable travel initiative Travalyst in Edinburgh today and asked to just be called Harry.

–BTS‘ appearance on Carpool Karaoke was super cute. Dammit, I’m going to have to learn all their names and pick one to stan, aren’t I?

-Not surprisingly, Jennifer Garner‘s boyfriend John Miller is reportedly “uncomfortable” with Ben Affleck‘s candid interviews in which he keeps talking about how his biggest regret was their divorce.

–George Clooney said he was “surprised and saddened” to learn of the investigation involving Nespresso farms and child labour. “Clearly this board and this company still have work to do.”

–Ryan Murphy‘s American Horror Story is not my jam, but that series has the best casting on TV today. Season’s 10 cast was just announced, with Macaulay Culkin joining Sarah Paulson, Kathy Bates and Evan Peters.

-The This Is Us cast is out here doing TikTok challenges.

–Hilary Duff shaded Disney+, implying the Lizzie McGuire revival is on hold because it was considered too mature for the streaming service.

–Taylor Swift is releasing a new video tomorrow for “The Man” – which she directed. It’s my least favourite song on the album because it’s so very on the nose but I’m interested in what she does behind the camera.

-I have no interest in watching Amazon’s Hunters starring Al Pacino so I read this spoilery review. The big twist sounds hella dumb.

-The people behind Invisible Man created a bunch of scary stunts for the junket. I hate this. These things are stressful enough; journalists are just trying to do their jobs.

-This whole thread about nice celebrity encounters made me happy.

–Octavia Spencer plays a millionaire in a new trailer for the upcoming Netflix series Self Made: Inspired by the Life of Madam C.J. Walker.