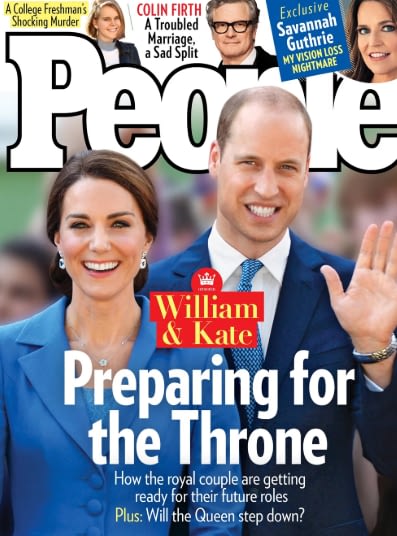 -Is it just me, or are Prince William and Kate Middleton in the middle of a sudden PR blitz? Maybe they’re doing damage control because of this super awkward clip that everyone can’t stop sharing of her shrugging his hand off her shoulder?

-The Hollywood Reporter has a story on why Ruth Wilson left The Affair, and wow is it even worse than speculation suggested. Sources say she wanted to leave the show because of ongoing frustrations with her character’s gratuitous nudity, and friction with showrunner Sarah Treem and exec producer Jeffrey Reiner — who reportedly once cornered Lena Dunham at a restaurant and asked if she would have dinner alone with Wilson to persuade her to “show her tits, or at least some vag.” Reiner then reportedly pulled out his phone to show Dunham a graphic photo of “a mutual friend with a cock next to her face” — which was reportedly a shot of Maura Tierney and a nude male actor taken from filming in a closed set.

-Yikes. The Rise of Skywalker is currently at 59% rotten with 204 reviews counted. (This review is particularly brutal.) It’s like the franchise has made concessions for the loudest, most sexist portion of the fanbase.

–John Legend invited all of The Voice judges to his house for dinner and Chrissy Teigen didn’t know it was the night of the show’s finale, and she roasted John on Twitter for not giving her time to plan something elaborate.

–Jennifer Lopez pulled her 74-year-old mother up on stage to dance for her birthday and I wish I could move like that now, let alone at her age.

–Camila Cabello took to social media to apologize for using the n-word when she was younger. I don’t think anyone was bringing it up or asking her to do this, so good on her?

–Cara Delevingne wished Ashley Benson a happy birthday with a gushy Instagram gallery, so I guess they didn’t break up.

-The trailer for John Mulaney’s Netflix special is here and I’m ready!

-Here’s the first teaser for A Quiet Place Part II.