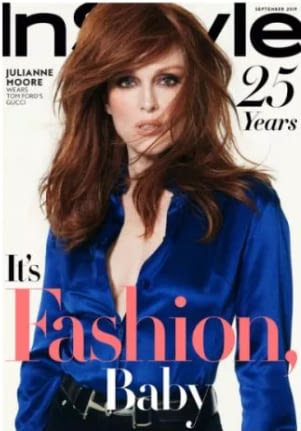 -This is a really good week for cover stories. For InStyle’s 25th anniversary, they gathered a bunch of stars to look back on their favourite covers, including Jennifer Garner, Julianne Moore, Jennifer Aniston, Kerry Washington, Cameron Diaz, Reese Witherspoon, Halle Berry, Gwyneth Paltrow, and more. All of the videos are great, but the Garner one is gold.

-Speaking of good cover stories, Woody Harrelson tells Esquire that turning down the lead in Jerry Maguire is his biggest career regret.

–Nic Cage did an interview with the New York Times that has to be read to be believed.

-I also dug this profile of Nicholas Braun, who plays Cousin Greg on Succession (though he will always be Cameron from the TV version of 10 Things I Hate About You to me).

–Jacob Tremblay mistaking Tobey Maguire for his lawyer is giving me life.

-Apparently the Pitch revival came close to happening but couldn’t find a home at Disney. Frankly, I’ve been so disappointed by reboots and revivals recently that I’m ok with this.

-The Rookie actress Afton Williamson says she won’t be returning to the ABC drama starring Nathan Fillion, claiming that she faced racial discrimination from the hair department and exec producers, and sexual harassment from a recurring guest star, which escalated at the wrap party.

–Tiffany Haddish is shooting in Toronto and she’s been hanging out at the gym because the men are hot. She clearly goes to a different gym than me.

–Melissa McCarthy saw if we want more women-led movies, we have to buy more tickets to them. She’s not wrong, but I think there’s a bit more to it than that.

-The Ryan Murphy-produced American Crime Story is coming back — and the focus will be on the Clinton presidency scandal, with Monica Lewinsky on board to produce. The cast is stacked: Sarah Paulson as Linda Tripp; Beanie Feldstein as Lewinsky; and Annaleigh Ashford as Paula Jones. I only wish it wasn’t airing in the final weeks leading up to the 2020 election, which seems like a *really* bad time to remind everyone what a human tire fire Clinton could be.

-This is surprising: the 90210 reboot, which premieres tonight, is getting reviews that range from mildly positive to positive to glowing.