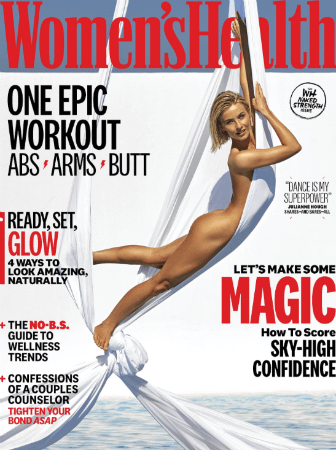 -Speaking of naked photo shoots, 48-year-old Claudia Schiffer stripped down for Vogue to mark 25 years since she posed for her first cover.

-In Billie Eilish‘s Rolling Stone cover story, the 17-year-old talks about how giving up dancing due to a hip injury affected her mental health. “I think that’s when the depression started. It sent me down a hole. I went through a whole self-harming phase — we don’t have to go into it. But the gist of it was, I felt like I deserved to be in pain.”

-This article on the Fast & Furious stars’ complicated demands when it comes to fight scenes because they’re afraid of looking like wimps is AMAZING. Vin Diesel has his sister keep track of the number of punches he gets. Jason Statham negotiated a deal with the studio limiting how badly he can be beaten up onscreen. Dwayne Johnson enlists producers and editors to make sure he doesn’t have more losses than wins. They’re all delicate ego flowers and it tickles me so much.

–Lena Dunham tried to kiss Brad Pitt on a red carpet — and he was not amused.

-The finale of Jane the Virgin killed me dead. And then I watched this video of the cast sobbing through the final table read and I died again.

–Idris Elba says he knew he’d made it when Beyonce talked to him at the Met gala.

-13 Reasons Why has been renewed for a fourth and final season. Season 3 is coming in August and it’s killing a major character (because clearly those kids haven’t suffered enough).

-Two British soldiers experience one harrowing day while fighting in World War I in the trailer for 1917, starring Benedict Cumberbatch and Richard Madden.