omw to the tattoo parlour wait for me @ArianaGrande pic.twitter.com/3eJuBj5zm7

–Ariana Grande and Pete Davidson moved into a $16 million NYC apartment.  They also got more matching tats. What is this life?

-On Watch What Happens Live, Andy Cohen asked Cher for a list of her best lovers over the years and she put Tom Cruise “in the top 5.” Well.

-Jeebus. Whatever you think Chris Hardwick did or did not do to Chloe Dykstra, his subsequent behaviour following her essay has been repugnant. First there was his gaslighting, victimized denial.  And now “somebody” has leaked private texts between the two to TMZ, which show that he broke up with her and she tried to reconcile.  What in the world did he expect this to prove? She was already clear in her essay that she kissed another man when they were together, which caused their split. And anyone who thinks that women who’ve been manipulated and abused don’t have complicated relationships with their manipulator and/or don’t often get sucked back in, needs to talk to more women IRL.

-Meanwhile, it’s very telling that so few people who know or worked for Hardwick have jumped to his defense. I’ve seen lots of verifieds back up Dykstra, but not one tweet from a blue checkmark that says anything along the lines of “wow, this really doesn’t line up with what I know of him.” And last night The Wrap posted an article which quoted a bunch of his colleagues and former employees, and the general consensus seems to be “nobody’s surprised.”

–George and Amal Clooney have donated $100K to help reunite migrant children who’ve been separated from their parents.

–Judd Apatow is calling for a total boycott of Fox and urging entertainers who work for Fox movies and TV to speak out — and many have, including New Girl showrunner Liz Meriwether, Marti Noxon, You’re The Worst showrunner Stephen Falk, and actor Adam Scott. But some of the celebs who are staying silent are surprising.

-I am very glad that this New York Times interview with Josh Brolin on his blockbuster moment doesn’t shy away from his history of domestic violence with Diane Lane. The fact that the “summer of Brolin” coincides with #MeToo is deeply odd. Not surprisingly, he skirts the issue. “God, I’ve never been so careful with my words. Ever. Maybe in all 50 years. And there’s no reason for me to be other than there’s no explaining it. Do you know what I mean? The only person who can explain that would be Diane, and she’s chosen not to, so I’m O.K. with that.”

-I can’t believe this is what Justin Bieber is looking like these days. How? When? How?

-Amy Adams talked about being mistaken for her stand-in on her new HBO show, and being shocked by how differently she was treated when they thought she was someone else.  “At one point somebody grabbed me really hard and pulled me. I went, ‘What’s going on?’ And they’re like ‘(Gasp) You’re not Reb!'”

-Grey’s Anatomy star Jesse Williams has been ordered to pay $100k/month in child and spousal support.

–Busy Phillips has a book coming out! Yes, please.

-Plans for future A Star Wars Story films — including the Obi-Wan movie — have been put on hold. This seems like a good idea. Not that I doubt we won’t be getting a ton more standalone SW films soon, but after Solo a pause and regroup makes sense.

-This Felicity cast interview is delightfully bonkers. (I now want a Scott Speedman/Scott Foley sitcom based on these interactions.)

–James Van Der Beek‘s wife had a home birth for their fifth (fifth!) kid and he documented it on IG.

-Hmmm…the latest episode of The Handmaid’s Tale comes with a warning “This episode has content that may be extra sensitive for some viewers” — but the show has become so brutal that TV critics couldn’t figure out which scene they were referring to. (Well, female critics, anyway.)

-In the trailer for the Robert Zemeckis–directed Welcome to Marwen, Steve Carell plays a man whose life is shattered after being beaten within an inch of his life by a group of Nazis. He copes with his trauma by making art out of an elaborate WWII doll village called Marwen.

–Michael B Jordan is a dad (and a daddy!) in the new Creed 2 trailer. 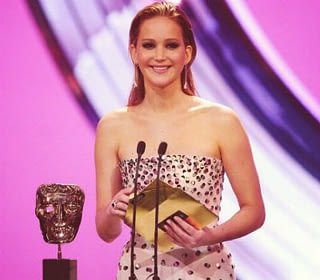 Olivia Rodrigo’s In The Driver’s Seat