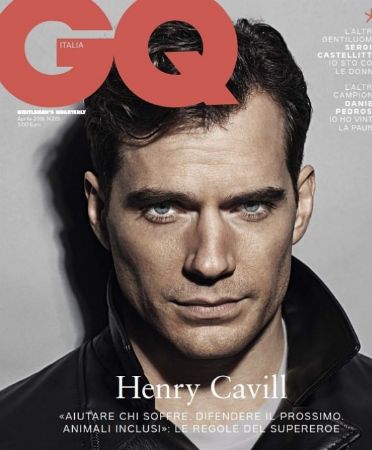 -I really like that Henry Cavill keeps making fun of his moustache-less state.

-The fact that even Rodney Downey Jr. is teasing about Jeremy Renner’s absence in Infinity War makes me think that everyone assumes we all care about Hawkeye way more than we actually do.

-I’m much more excited by the news that Carrie Coon is in Infinity War.

–Amy Schumer is opening up about the I Feel Pretty backlash. “There’s been a lot of projection.”

-It’s a big day for women in the comic book world. Cathy Yan directing the Harley Quinn film  for the WB, and Beth Schwartz has taken over as showrunner for Arrow.

-Speaking of Arrow, Stephen Amell really stepped in it this weekend with his Beyonce tweet. I like him, but I often read his Twitter feed and want to slap the phone out of his hand…

-This is a great article on Kendrick Lamar, Beyonce and recognition of black excellence.

–Cardi B says playing Coachella is costing her $460k.

–Vince Staples slammed R. Kelly at a backstage Coachella interview. “[He] never went to jail and he’s a f**king child molester. But I’m just saying, he’s a child molester, and he pees on people, and he can’t read and write, and he didn’t go to jail…I’m a good person. R. Kelly’s a piece of f**king s**t. So, [if] piece of f**king s**t R. Kelly didn’t go to jail for being a child molester and peeing on people and having a human trafficking ring in Atlanta, then I’ll be all right.”

–Jessica Pressler‘s profile of Cynthia Nixon for NY magazine is worth your time.

–James McAvoy and Jessica Chastain are having fun with those It sequel casting rumors.

–John Cena and Nikki Bella have called off their engagement.

–Carrie Underwood’s face looks fine, despite the 50 stitches she reportedly got.

–John Larroquette posted a lovely tribute to his Night Court costar Harry Anderson, who passed away this weekend.