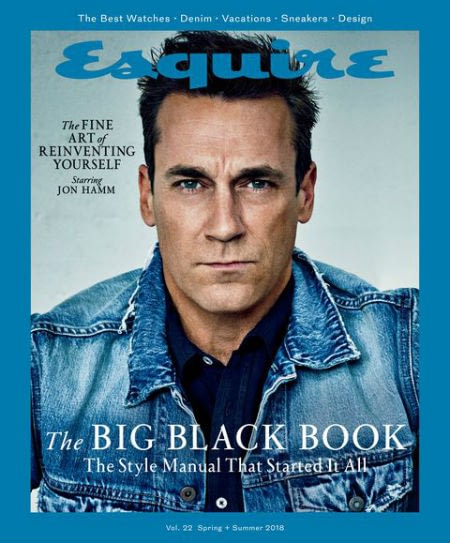 –Colin Farrell checked into an Arizona rehab center for a “reset” after 10 years of sobriety.

-In his Rolling Stone interview, Dwayne Johnson opened up about his issues with Vin Diesel on the set of F&F.  (“Vin and I had a few discussions, including an important face-to-face in my trailer,” he says. “And what I came to realize is that we have a fundamental difference in philosophies on how we approach moviemaking and collaborating…But I wish him all the best, and I harbor no ill will there, just because of the clarity we have.” He considers this, then lets out a big, sly laugh. “Actually, you can erase that last part about ‘no ill will.’ We’ll just keep it with the clarity.”)

-People is quoting sources (probably from Channing Tatum‘s camp) that claims the actor was turning down jobs to spend more time with his family before the split.

-A lot of critics who supported Roseanne (the TV show, not the person) seem to have jumped ship after last night’s episode (which was not one of the three given to them in advance). Apparently it featured her calling her granddaughter a bitch and took a swipe at Blackish and Fresh off the Boat.

-Not surprisingly, the creator of Blackish isn’t feeling very welcome at ABC these days and may be heading to Netflix.

-Speaking of moving on to Netflix, this interview with Ryan Murphy touches on why he left FX, including his fears about the potential Disneyfication of their shows.

-This Roswell cast reunion pic is everything I never knew I wanted!

-This Vulture article on how 50 female characters where introduced in their screenplays is full of infuriating descriptions. Evie in The Mummy is a “typical prudish nightmare”, Neytiri in Avatar has “nubile breasts” and Julia from Death Proof is wearing “panties that her big ass (a good thing) spill out of, and her long legs grow out of.”

–Jonah Hill and Ashley Olsen‘s friendship will never not seem weird to me.

–Gwyneth Paltrow wished Robert Downey Jr. a happy birthday by posting a photo of them with Tom Holland. I’m still bummed that Peter left the press conference scene in Spider Man: Homecoming just before Pepper walked in. I wanted to see those two interact. I kind of feel like Pepper would just instantly adopt him and try to undermine all of Tony’s advice in a very cute way.

–Ryan Reynolds continues to joke about those split rumours, this time bringing his mom into it.

–Justin Beiber tries his hand at comedy and I don’t hate it?

-Here’s the new trailer for season four of The Affair, a show I somehow forgot existed even though it stars Joshua Jackson.

–Cynthia Nixon revealed on Wendy Williams that she was “devastated” when the audience she was watching the SATC movie with clapped when Mr Big built Carrie a walk-in closet. “It seemed to me that the show was so much about female empowerment and about women making their own choices and women standing up for what they wanted and supporting themselves. So, to me, to have this [scene] be a climax of the film, that your very wealthy husband built you a really nice closet for your clothes, I thought, ‘Wow, that’s not really what you love about the show, is it?’ ‘Cause that’s not what we were making it for.”

-Does any TV cast have more fun than the Legends of Tomorrow one? They keep making adorable music videos.

-In the Night School trailer, Kevin Hart is trying to get his high-school diploma — which Tiffany Haddish’s teacher won’t easily hand over.

George Clooney Talks Privacy, Freedom of the Press and His Dad