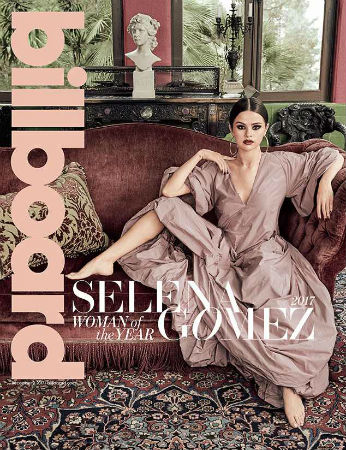 -In her new Billboard cover Selena Gomez claims she still has a “true friendship” with The Weeknd after their split: “We ended it as best friends.”  She also talks about her and Justin Bieber finding their way back to each other: “I’m 25. I’m not 18, or 19, or 20. I cherish people who have really impacted my life. So maybe before, it could have been forcing something that wasn’t right. But that doesn’t mean caring for someone ever goes away.”

-Speaking of reunited celebs, Chris Evans and Jenny Slate are officially back on according to People, which is as official as it gets.

–Blake Shelton is denying rumours that he had a secret meeting with Paul Ryan. Not very sexy, Sexiest Man Alive.

-Lady Bird star Beanie Feldstein wants people to stop complimenting her weight loss. (I realized about halfway through the movie that she’s Jonah Hill’s sister and then that was all I could see.)

-Ha! HBO’s Confederate is now “not actively being worked on.”

-As Weinstein et. al. fall, why are we still waiting on a reckoning for R. Kelly?

-The screenwriter of ‘Rachel Getting Married’ and ‘The Mummy’ claims sexual assault by Russell Simmons, who now says he is stepping down from Def Jam.

–Meredith Vieira once said she found a “bag of sex toys” in Matt Lauer‘s office.

-In the new THR actors roundtable, Tom Hanks says “there are predators everywhere.” He added, “I think eventually everybody who has a production office is going to have a code of ethics and behavior. If you don’t follow these, you will not work here.”

–Adam Driver, who basically redefined “emo,” admitted he has no idea what that word means.

-I really liked this interview with Gilmore Girls creator Amy Sherman-Palladino, talking about how every job she was offered after that had the word ‘girl’ in its title. She found herself having to tell people, “I can write for someone who’s got a penis and a set of balls. Even if he’s just got one ball and a penis, I can write for that guy too.”

-Here’s our first look at Jon Hamm in Good Omens as Angel Gabriel.

–Armie Hammer demonstrated how hard it is to dance on film when there’s no music.

-Speaking of great clips, here’s Kelly Clarkson in Carpool Karaoke. I love the part where her husband surprises her.

New Photos From The X Files Reboot Are Here