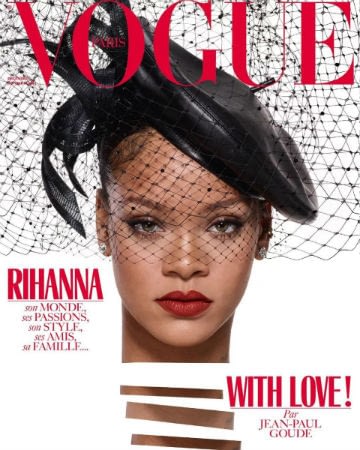 –Rihanna is so fab, she warrants not just one Vogue Paris cover, but three.

–Thom Yorke from Radiohead interviewed Benedict Cumberbatch, who admits to crying on the toilet. We’ve all been there, buddy.

-As per usual, the stars went all out for their Thanksgiving feasts.

-Much like the rest of us, celebrities can’t wait for Uma Thurman to unload.

-The spotlight on Netflix’s disturbing sexual-assault hypocrisy is getting hotter. Kevin Spacey got pushed out quickly, but Danny Masterson being under investigation for raping four women isn’t enough?

-Bookies aren’t even taking bets anymore on the Prince Harry/Meghan Markle engagement because it’s such a sure bet. We’re talking days, not weeks.

-Arrow’s Katie Cassidy opened up about the passing of her father, David.

–Ryan Phillippe has decided that maybe suing his ex-girlfriend for defamation would be a bad look after all.

–Rachel Weisz and Colin Firth race around the world in the Mercy trailer.