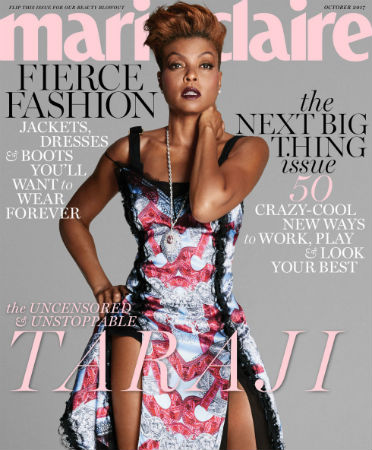 -First Armie Hammer dragged James Woods on Twitter, and now Amber Tamblyn is getting in on the action.  She originally tweeted “James Woods tried to pick me and my friend up at a restaurant once. He wanted to take us to Vegas. ‘I’m 16’ I said. ‘Even better’ he said.” After he denied it she tweeted “Calling me liar, James? This is now far from over. That I can promise” and is now RT’ing other people’s gross stories about him.  I love this.

–Prince Harry reportedly enjoyed an early birthday celebration this past weekend with Meghan Markle in London. He turns 33 on Friday.

-Another day, yet another Star Wars shakeup. Days after Colin Trevorrow  parted ways with the franchise, J.J. Abrams  was announced as the new writer/director of Episode IX.  Not the most inspired or diverse choice, but I get why they wanted to go the safe, competent route after all the disarray. The change means the premiere date has been pushed seven months to Dec 2019.

–Russell Brand wants to make amends with ex-wife Katy Perry, who he dumped via text. “I’m willing and open for reconciliation, any kind. Because if we can’t overcome our relatively trivial personal disputes in this world, what hope is there for us?” How big of him.

–Louis C.K.‘s new film I Love You, Daddy and I, Tonya (which reportedly features an incredible Margot Robbie performance) landed the top deals of this year’s TIFF market so far.

-Meanwhile, while promoting the film in Toronto Louis C.K. was asked by the NYT about those rumors of sexual misconduct with female comics, and he shut it down. “I’m not going to answer to that stuff, because they’re rumors…If you actually participate in a rumor, you make it bigger and you make it real.”

–Michelle Williams and Busy Phillips reminiscing about all the actors they kissed on Dawson’s Creek is kind of the best.

–Randy Jackson says that his sister Janet’s divorce arose from an “abusive situation,” and claims she suffered “verbal abuse” and felt like “a prisoner in her own home” during her marriage to businessman Wissam Al Mana.

–Kristen Bell played bingo, had wheelchair races and ate dinner with thousands of nursing home residents who evacuated to her Orlando hotel during Irma.

-Good on Glamour Mag for fighting back against hateful Instagram comments about one of their employees.

-In a rare political post, Selena Gomez asked her millions of followers to defend DACA.

-Meanwhile, Elle Fanning learned the hard way what happens when Selena tags you on Instagram.

-I always have time to watch a new Radiohead video.

-The fact that Syfy added the founder of BGN to their advisory board makes me want to watch Syfy shows.

–Jason Mamoa posted an Instgram video of him on a climbing wall and it’s rul nice.

-This footage of Rami Malek performing as Freddie Mercury is pretty promising.

-My friends and I are really split one The Florida Project (I loved it, they didn’t), but Drake just endorsed the film so I’m really feeling better about my opinion now…

-Here’s the first trailer for James Franco‘s The Disaster Artist. He’s getting raves for his performance.

-A new trailer has officially dropped for Alexander Payne’s Downsizing. The reviews coming out of TIFF for this one are also pretty stellar.

Ansel Elgort Gets Naked for Charity