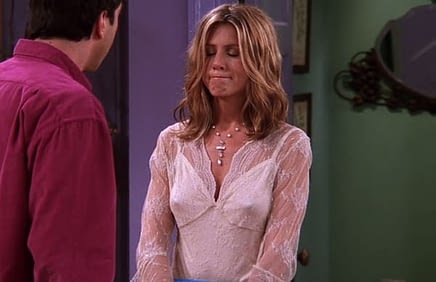 -In her new Vogue interview, Jennifer Aniston takes down shamers (“They’re either fat-shaming, or body-shaming, or childless-shaming”), and talks about how Rachel‘s nipples often showed through her shirts on Friends (“I wear a bra, I don’t know what to tell ya!”).

-E! News is riding this “Brangelina may be reconciling” angle HARD.  I wouldn’t expect it from them unless they had some very solid sourcing.

-Look, I believe this story about how Leonardo DiCaprio and Kate Winslet aren’t dating despite how much everyone wants them too, but I still enjoyed looking at their cozy beach pictures, ok? Let me live!

-Holy moly, Netflix poached Shonda Rhimes from ABC! It makes sense for her; all of her shows seem to be waning rating-wise on the network, and she’s probably craving the “auteur” label.

–Donald Glover says Atlanta’s second season is “almost ready” and is “better than the first season.”  Thank gawd. The world NEEDS it.

-In celebration of their Helen Mirren cover, Allure has announced it will stop using the phrase “anti-aging.”

-I love that both Nicole Kidman and Naomi Watts will not let Jimmy Fallon forget about the time Kidman wanted to date him and he was oblivious.

-Damn, it’s been a terrible summer for stunt accidents. A stuntwoman on Deadpool 2 is dead following a motorcycle accident on the Vancouver set. Ryan Reynolds released a statement about it.

-Speaking of scary stunts, a leaked video from the Mission: Impossible 6 set shows Tom Cruise jumping from one building to another and falling short of his mark, then limping away. I worry for him.

-Wait, so Julianna Margulies‘ terrible, terrible wig on The Good Wife was part of her contract demands? She *wanted* that thing?!

-Gird up: we might have to deal with Katy Perry and Orlando Bloom loving on each other again.

-I don’t even watch Halt & Catch Fire but man, this interview with Mackenzie Davis is great. She doesn’t hesitate to talk about her white-washed role in The Martian, or the “bury your gays” trope in her episode of Black Mirror.

–George Clooney pulled a Terrence Malick and cut all of Josh Brolin’s scenes out of his new movie. But he felt really bad about it!

–Kate Hudson belted out a song while holding a glass of wine at a friend’s house this weekend. I like how normal she looks.

–Taylor Swift cried during the emotional closing arguments of the groping trial, which she has since won. The jury ordered the DJ to pay Swift a symbolic $1 in damages, per her lawsuit request.

-Meanwhile, I really like this take on why Taylor’s unflinching testimony matters.

-Four people in India have been arrested for leaking the fourth episode of this season of Game Of Thrones  — and they have nothing to do with the HBO hack.

-The HBO hackers did, however, leak several episodes of the new Curb Your Enthusiasm.

-I’m glad I’m not the only one who thinks that the more Game of Thrones speeds everything up, the more they’re just ignoring basic plotting issues.

-I’m super excited that Amazon is adapting Good Omens (one of my favourite books!). I’m even more excited that they cast Michael Sheen and David Tennant.

–Deadmau5 got married — and ditched the giant mask for the ceremony.

-After making waves with a debut shot entirely on an iPhone, Tangerine director Sean Baker is with The Florida Project, which stars Willem Dafoe as a motel manager who takes a kid who lives there under his wing.