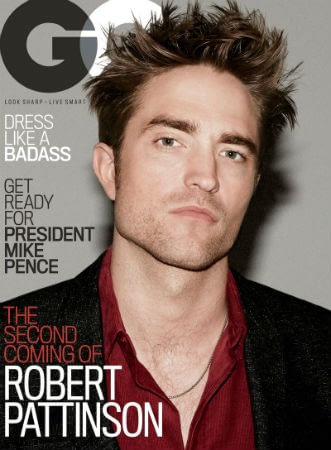 -In his new GQ cover story,  Robert Pattinson reveals he went to therapy and talked about his extreme efforts to “disappear” after Twilight. He also revealed his deep love for the movie Waterworld and explained something called a “fecal-matter transplant,” if you’re into that sort of thing.

-Meanwhile, Pattinson recently said that he and FKA twigs are “kind of” engaged, but she didn’t look engaged as she toured Ibiza with French male model Brieuc Breitenstein.

-There may be something to Us Weekly’s cover story about Brangelina not divorcing. Sources are now telling E! News that “they are taking a breather and seeing what happens.”

-Celebrities took to Twitter to cheer on Taylor Swift after her testimony in the groping trial.

-Gypsy just joined the few Netflix original series to get canceled. On the flip side, GLOW was renewed.

-HBO’s hackers leaked an email from the network, who allegedly offered them $250k.

-I read this epic Friends tweet thread over the weekend about how Rachel/Joey was a much healthier relationship than Rachel/Ross and loved it. Glad to see it’s being widely circulated.

-This is nuts: YA books are being targeted in intense social-media pile-ons — sometimes before anybody’s even read them.

–Ryan Murphy made a “creative pivot” and Sarah Paulson is now the star of American Crime Story’s Katrina, which can only be a good thing.

-Speaking of great covers, I love this Nylon one with Kirsten Dunst.

–Renée Zellweger and Greg Kinnear play a struggling couple in the new Same Kind of Different As Me trailer.