–Kathy Griffin did a Tyler Shields photo shoot that involved a bloody Trump head, and people were not impressed. Dumb people, but still.

–Alicia Keys talks Trump, Trudeau, and really bad karaoke in the new issue of Chatelaine. She also makes a cute discovery about Montreal (“Poutine, is that the place to go?”)

-I linked to a story yesterday about Jessica Chastain‘s comments about female representation at Cannes, but now there’s video and it’s even more powerful. She sounds nervous but powers through.

–Diane Kruger might have to get a crappy tattoo because she won at Cannes.

-Brace yourself! The Clooney twins could be here any day now as George skips out an event, saying he’s not allowed to travel.

–Robert Pattinson reveals he was almost fired from Twilight because of his on-set behaviour.

-Wonder Woman is at 97% fresh on Rotten Tomatoes! That’s the best score of any DC or Marvel film to date.

-Meanwhile, Don Cheadle has no time for your complaints about women-only screenings of Wonder Woman.

-I thought people were joking last night on Twitter when they were talking about Mila Kunis and Ashton Kutcher showing up on The Bachelorette but they really did.

–Orlando Bloom is dating a Katy Perry look-alike, which isn’t weird at all.

–Alanis Morissette‘s ‘Jagged Little Pill’ is being turned into a musical and I’m hesitantly excited.

-OHMYGOD, Scott Speedman went to Keri Russell’s star ceremony and I am getting Team Ben flashbacks!

-With Alison Brie, Dave Franco, Nick Offerman and Aubrey Plaza I feel like I should like The Little Hours trailer more than I actually do…

Keira Knightley Is a Spelling Mistake 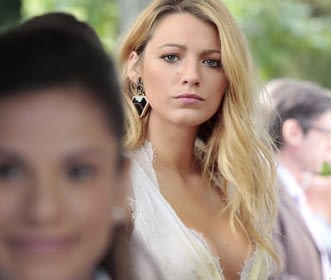 Blake Lively’s Wedding Dress – That’s All We Get?