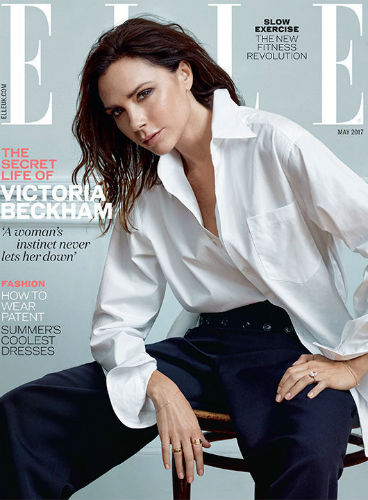 –Victoria Beckham is on the cover of Elle UK, in which she insists she smiles IRL. “I’m really good value at a dinner party – I want to relax and have a laugh. I like to have fun, and I think that often surprises people.”

–Anne Hathaway has been exceptionally thoughtful and articulate during her Colossal press tour, but this interview with Jezebel may be my favourite — mostly because she doesn’t shy away from the fact that the site had posted incredibly mean things about her in the past. (The postscript to the interview with the reporter’s realization that he once posted Anne’s crotch shot is especially worth your time.)

–Chris Evans says he cried when he told his mom he lost his virginity.

–Olivia Munn and Aaron Rodgers have split after 3 years together. His family must be having a goddamn hootenanny right about now…

-Buzzfeed asks a very valid question: how many times does Nicole Kidman have to prove herself?

-Hmmm…Meghan Markle just shut down her lifestyle blog, The Tig. Everyone is assuming this means she’s positioning herself for a role in the royal fam. (Of course, her camp says that speculation is false.)

–Sandra Bullock is just living her life in Wyoming (complete with a great jacket).

-On today’s episode of The Talk, Sharon Osbourne recalled seeing her X Factor costar Mel B with “a black eye and bruising everywhere.”

–Elizabeth Hurley is 51 and she looks like this. I don’t even know how that’s possible.

–Cuba Gooding Jr. says he didn’t intend to exhibit “sexual misconduct” when he lifted up Sarah Paulson’s dress. Well then, give the man a medal!

–Emma Stone responded to that teen’s viral La La Land-inspired promposal, telling him  “I’m in London working, but I hope you have the best time at prom… P.S. I do see Gosling around the eyes.”

-It’s the week before the F&F movie comes out and Vin Diesel is downplaying his reported beef with Dwayne Johnson.

-If I had all that HBO money, I’d probably do exactly what Lena Dunham just did.

–Kristen Stewart runs, jumps and dances in the new ad for Chanel’s latest “it” bag.

–Joe Manganiello likes Dungeons & Dragons so much he wrote a script about it. I remember listening to him on the Nerdist podcast and being shocked by how gloriously geeky he is.

-According to GOOP, you can cure your insomnia by walking around barefoot. Sounds totes legit!

-When I die, please bury me in Laura Dern’s bathtub.

–Rami Malek is on the run in the trailer for Buster’s Mal Heart.

Gillian Anderson Gets Feisty for The Fall