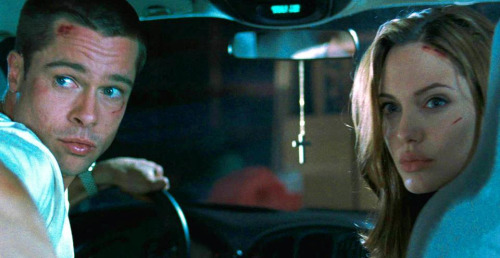 -People is reporting that Angelina Jolie has agreed to Brad Pitt‘s request to have their custody document sealed — but slammed him in her lawyer’s court filing, saying he only wants them sealed because he’s “terrified that the public will learn the truth.” So either there’s something explosively bad in those docs, or she’s really, really good at this. I’m guessing a little bit of both…

–January Jones talked about raising a child as a single mother. “He doesn’t have a male person saying ‘don’t cry’ or ‘you throw like a girl.’ All those shitty things that dads accidentally do.” Jeez, what kind of dads is she hanging out with?

-The more “sources” try to convince us that Jennifer Lopez and Drake are “the real deal,” the more I side-eye it.

–Woody Harrelson is reportedly in talks to play Han Solo’s mentor in an upcoming Star Wars prequel. I’m only interested if he approaches mentoring like he did in Edge of Seventeen.

–Joe Jonas and Sophie Turner made it Instagram official this week.

-It’s Day 4 since the New Year’s fiasco and Mariah Carey and the producers are still fighting over who screwed up. Meanwhile, she says “It’s not going to stop me from doing a live event in the future.” Seeing as she reportedly scored $1M to sing two songs in Toronto a few weeks ago, I don’t blame her.

-Passengers just secured an unusual last-minute China release, so maybe it won’t be a total box office wash after all. Damn.

-Like everyone else, Andrew Garfield gets high before going to Disneyland.

–Michael Keaton is brutally honest about why he refused to do Batman Forever: “Not like I’m above it or I’m an artist, but maybe I’m enough of an artist to go I just don’t think I can do this without blowing my brains out.”

-Shut up, Casey Affleck. You shouldn’t be “turning the tables” on critics, you should be kissing their asses for gushing about your acting instead of writing about what they *should* be talking about.

-I spent a lot of time staring at this headline and I’m still not sure how I feel: “James Van Der Beek will play Diplo in Viceland’s first scripted comedy.”

-Grab the tissues. HBO just dropped a trailer for the Carrie Fisher and Debbie Reynolds doc, which the network will premiere Jan 7.

Aubrey Plaza Gets Sexy and Sarcastic for GQ