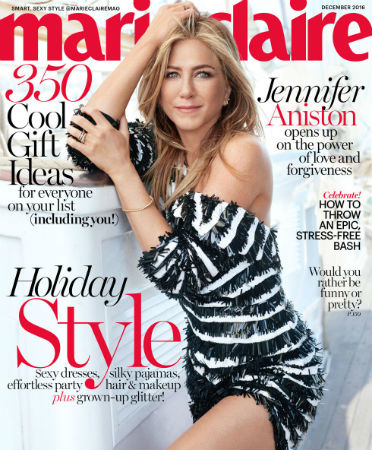 -We give Jennifer Aniston a lot of crap for playing the game so hard while pretending not to, but she makes some valid points in her interview with Marie Claire. “My marital status has been shamed; my divorce status was shamed; my lack of a mate had been shamed; my nipples have been shamed.” I mean, I’m not entirely ready to RSVP to this pity party, but I can kind of understand why she plays into the narrative.

–Brad Pitt has filed for joint custody with Angelina Jolie, but sources say he’ll need to “get his shit together” first.

–Kanye West has reportedly spent “nearly all of his money” on furniture. That’s a lot of furniture.

–Beyoncé reunited with Destiny’s Child for a #MannequinChallenge video. This would be way more impressive if I didn’t just watch the stripper one…

–Jaden Smith saw Doctor Strange, seems to believe it’s all real, and now says he’s “going to dedicate the rest of my life to these practices.” Huh. I saw the same movie and all I wanted to dedicate myself to was finding Rachel McAdams better material.

-I try not to link to photos of celebrity children but there are a bunch of pics floating around of Megan Fox letting her son wear skirts and I love it.

-The entire plot of next season of Game Of Thrones has reportedly leaked. Not cool, internet!

–Paul Reiser and Sean Astin have joined season 2 of Stranger Things. They’re really leaning into the ’80s vibe by casting the hero of The Goonies and the bad guy from Aliens.

–Bret Easton Ellis is trying to walk back his statement that Warner Bros. executives don’t care that the next Batman script sucks because international audiences will see the movie anyway.

–Amy Poehler has sold a not one, not two, but three comedies this season because she’s a perfect unicorn.

-Here’s our first look at Rihanna and Sarah Paulson on the set of Ocean’s Eight. I heart this movie so much already.

-Does the Walking Dead have a Negan problem?

-Here’s Scarlett Johansson in new footage from Ghost in the Shell.