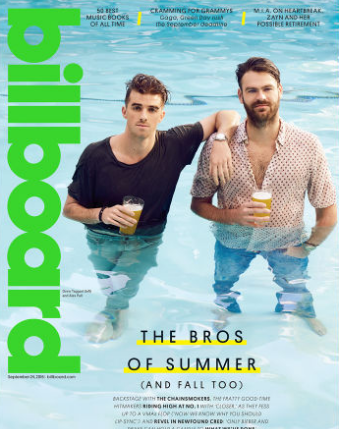 -I’m here for that Chainsmokers song, but not this terrible interview.

–Diane Kruger and Garrett Hedlund went to dinner together?? My TIFF-addled brain doesn’t even know how to process this…

–Kanye West said he’s “so hurt” at Kid Cudi’s comments (though he sounds more pissed than hurt, saying “Don’t ever mention ‘Ye name. I birthed you.”) Drake, meanwhile, went for the corny diss: “You need to cud-it.” Oh, child.

–Gwyneth Paltrow at a Beyoncé concert is the most relatable she’s ever been.

-The brutally honest Emmy ballot is always an eye-opening read.

–Michelle Rodriguez had a not great response to people upset over her new transgender movie: “We’re not trying to get psychological or deep about it so lay off. It’s an entertainment piece. Calm down, guys.”

–Ellen DeGeneres took Michelle Obama to a CVS to show her how normal people live.

–Olivia Wilde is mad that people don’t give up their subway seats to expectant women. I saw her last week and forgot she’s pregnant, but she’s really, really pregnant.

-After TIFF, Emma Stone and Natalie Portman have pulled into the lead in the best actress race.

–Giles from Buffy is in a sad movie about a cat? Sold!