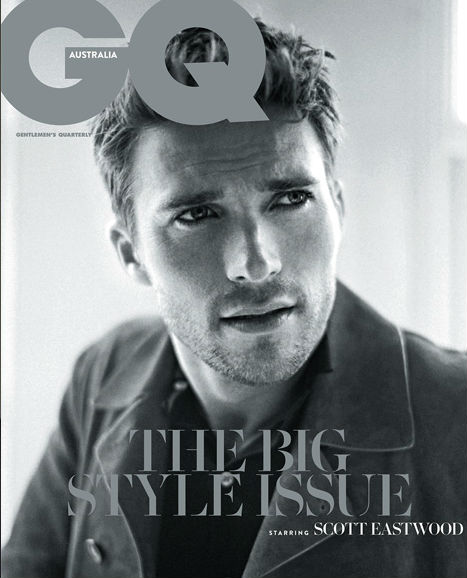 –Scott Eastwood covers the new issue of GQ Australia, in which he talks about losing a girlfriend to a car accident, and how his dad once punched him in the face when he was 16. And now I feel bad for Scott Eastwood. This is new.

-This is an excellent, excellent interview with Donald Glover about addressing black culture in his new show.

-The Anne of Green Gables TV adaptation has been picked up by Netflix. This is awesome! Someone I know is working on the production in Toronto.

-In his new interview with the Guardian, Miles Teller tries to do some serious damage control following that douchey Esquire interview. “If I read this and you call me an asshole, I’m going to be so pissed off.”

-I’m not sure why Halle Berry, Priyanka Chopra and Jodie Foster are doing dramatic readings of Britney Spears lyrics, but I’ll take it.

–John Cho will play a wine connoisseur/con artist in a new series that sounds like it was lifted directly from my dreams.

-Speaking of shows straight out of my dreams, Idris Elba is making a docuseries where he attempts to become a professional kickboxer.

–Joseph Fiennes has been cast as the male lead opposite Elisabeth Moss in Hulu’s take on The Handmaids Tale. Man, this summer is all about Atwood adaptation news, huh? I’m not complaining.

-I liked this defense of Mr Robot season 2. The show definitely zigged when I expected it to zag, but that’s not necessarily a bad thing.

-I have a very limited amount of gala tickets at TIFF this year and I didn’t want to waste them on films that will premiere at other festivals first, but this new trailer for La La Land means I no longer care about that. Gorgeous!

Trouble in Paradise for Diane Kruger and Joshua Jackson?