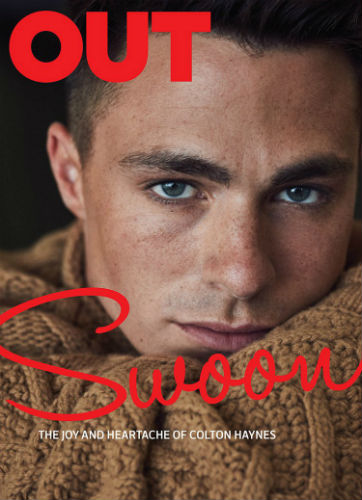 -This Colton Haynes profile in Out is kind of heartbreaking. He had a rough childhood (he was told his dad killed himself because he found out he was gay), and is anxiety is so bad that he suffered panic-induced vomiting on set.  Hope he’s getting better; I love that kid.

-Well, well, well. Turns out The Rock really wasn’t talking about Scott Eastwood with that “candy ass” comment. TMZ reports he was referring to Vin Diesel and the pair were forced into an onset meeting yesterday to try to solve their issues. (I never doubted ONTD commenters, no matter who was tweet-disagreeing with me about it yesterday).

–Kirsten Dunst is savage and I love it.

-Crazy Ex Girlfriend’s Rachel Bloom is the best. She rewrote her show’s casting notices for the female gaze, and shattered the illusion of red carpet glamour.

-For the first time in years, we won’t be gifted with a Taylor Swift album this October.

-The all-female Ocean’s 8 will likely include Cate Blanchett, Sandra Bullock, Mindy Kaling and Rihanna. How come they’re stuck with a reboot? Surely someone could write something amazing for a cast like that.

-Speaking of Cate, her face is front and centre in the new Massive Attack video.

-Don’t tell me that Kim Kardashian doesn’t have a social media strategy.

-What do you think the press tour for Wonder is going to be like once Julia Roberts realizes lil’ Jacob Tremblay is getting all the attention? ::grabby hands::

-Now that season two of UnREAL has wrapped, creator Sarah Gertrude Shapiro seems to be trying to walk back her comments in that New Yorker profile.

-This Vulture interview with Matthew Goode on The Wine Show left me swoony (more so than usual).  The fact that he and Matthew Rhys bonded on the set of Death Comes to Pemberley? Kill me.

-Congrats to Supernatural’s Jensen Ackles and his wife, who are expecting twins.

-What happens with the heads of 5 TV networks get together? You get some good/weird tidbits, including Netflix’s chief revealing that the two Adam Sandler movies premiered at No. 1 in every single territory of Netflix around the world.

-Damn right the DC/CW-verse crossover episode should be a musical.

-Oh god. They really went ahead and made a Bad Santa 2.