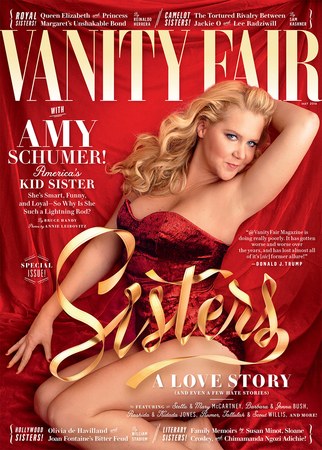 -It’s been a rough week. We all needed these photos of Prince George playing with the rocking horse Obama gave him.

-Remember when Charlize Theron fought so hard to be paid as much money as Chris Hemsworth in The Huntsman: Winter’s War? She only has 10 minutes of screentime in the entire thing. I love her even more now.

-Meanwhile, I’m pretty sure the scathing reviews for The Huntsman: Winter’s War are more entertaining than the movie itself.

-Any lingering lust vibes you had for Ben Affleck from his Pearl Harbor days will be squashed by these new photos of him vaping. Squashed right dead.

-This article on TV costars who hated each other is a good read. I didn’t know about Balthazar Getty and his Brothers and Sisters costars.

–Mo Ryan has a great take on Kelly Ripa and the current network TV narrative, which seems to be “women are expendable/dismissable.”

-Meanwhile, sources in Kelly‘s camp insist her anger ‘is not about money or jealousy or rivalry.’

-Right on cue, here come the stories about Kelly and Michael Strahan not liking each other.

-“He’s actually a really gentle guy” Diane Kruger says of Norman Reedus. I’m not the only one adding “in bed” in my head, right??

–Richard Madden says his Cinderella pants were so tight he nearly threw up. I approve.

-There’s talk now that Amy Adams might be the one behind the Guardian’s Secret Actress column. I dunno — I’m getting an older actress vibe.

-I adore this piece on female friendships in Broad City and Girls.

-Awesome Prince stories continue to surface, like the time he surprised his tour bus driver with a custom bike, or the time he saw Hamilton, said nothing, met no one, and then gave it a rave review. Meanwhile, I’ve spent the better part of the day listening to his “Creep” cover from Coachella. It was seven years ago and I still remember that performance more than any other concert I’ve ever been to.

-Meanwhile, this headline sums everything up: “Justin Bieber Said Something Really Stupid about Prince. Because He’s an Asshole”

-God, I wish the people who pick the Peabody Award TV winners could take over the Emmys. These are all solid, solid choices.

–Joss Whedon and Mark Ruffalo got together to chat Avengers, Shakespeare, and insecurity.

–Tilda Swinton addresses the Doctor Strange casting controversy — without really addressing the issue at all.

-This profile of Don Cheadle just convinced me that Don Cheadle is the coolest MFker to ever exist.

-Lots of this go boom in the new Independence Day: Resurgence trailer.