–Sara Ramirez tweeted cryptic gossip about maybe leaving Grey’s Anatomy and the internet was not happy. I’m surprised people still care that much about this show.

-10 Cloverfield Lane’s Dan Trachtenberg is going to direct an episode of Black Mirror, so that should be terrifyingly good.

-Say what you will about Ryan Reynolds and how he allegedly acts on sets, but this is beyond sweet.

-The Punisher is getting his own Netflix show, starring Jon Bernthal. I haven’t gotten past the first episode of Daredevil S2, but he was ok, I guess?

-This is wonderful: Allison Janney took over a White House press briefing in character as C. J. Cregg from The West Wing.

–Margaret Atwood‘s The Handmaid’s Tale is getting the series treatment on Hulu — starring Elisabeth Moss no less. Perfect casting! (I wish it  wasn’t written and run by a dude, but small victories.)

-I love Kelly Ripa with her gloves off! She brought up Michael Strahan’s divorce on live TV and it was all kinds of cringe-worthy.

-More reports are coming in about how tense things have been between Ripa and Strahan for a while.

-The Obamas are fake feuding with Prince Harry and the Queen on Twitter and it’s adorable.

-I adore this Vulture article in praise of “middlebrow” TV. As much as I love prestige shows like The Americans, Fargo and People vs OJ Simpson, there’s a reason I still have a bunch of episodes from each of those piling up on my DVR: sometimes they feel like homework. When I get home from a long day at work, 9 times out of 10 I’m hitting up my CW faves first.

-Speaking of my CW faves, I’d totally be down with a Crazy Ex-Girlfriend crossover with The Flash.

-Ohhhh…an oral history of the “Hide and Seek” scene from The OC. Yes, please.

–Shia LaBeouf left a voicemail apologizing to the guy who got beat up for looking like him.

-Watch Barack and Michelle go on a first date in this adorable trailer for Southside. 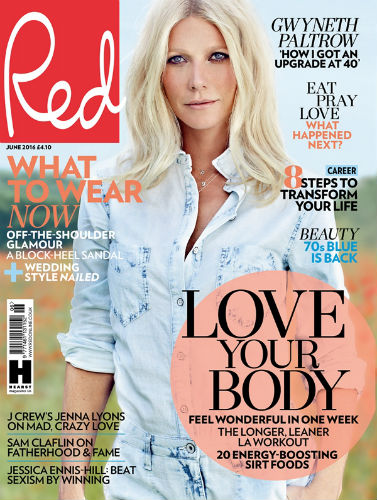 -No, I’m not crying over this John Krasinski and Jenna Fischer reunion. You are!!

-It’s secret wedding day! Joel Kinnaman reveals he secretly wed his girlfriend Cleo Wattenstrom, while Chelsea Peretti and Jordan Peele say they eloped a while ago.

-Netflix just ordered another season of Wet Hot American Summer, which was met with a collective shrug emoji. I didn’t even finished the last season; I just watched a YouTube supercut of Josh Charles wearing multiple polo shirts and popping his collar, and I was all set.

–Jonathan the Hairdresser is back with Game Of Thrones recaps, which I enjoy more than the show itself.

-This Hamilton/Sweeney Todd mashup that the Hamilton cast did feels like it was made out of my head.

-A Sense 8 actor was booted from Season 2 after clashing with Wachowskis. It’s probably not a good sign that his costars are celebrating over the re-casting.

–Russell Crowe calls out Ryan Gosling and the “Hey Girl” meme in their latest couples therapy session for The Nice Guys.

-This is a great piece on how the official post-baby appearance became a celebrity requirement.

-Jesus. Jessica Alba‘s Honest Company is now responding to allegations about their organic baby food, saying “We are confident this lawsuit will be dismissed.”

–Julia Louis-Dreyfus wants you to know that Veep isn’t a parody.

–Melissa McCarthy says she got sentimental about returning to the Gilmore Girls set.

-I have two friends coming from out of town specifically so we call all watch the Absolutely Fabulous movie together. This trailer reassures me that we won’t be disappointed.