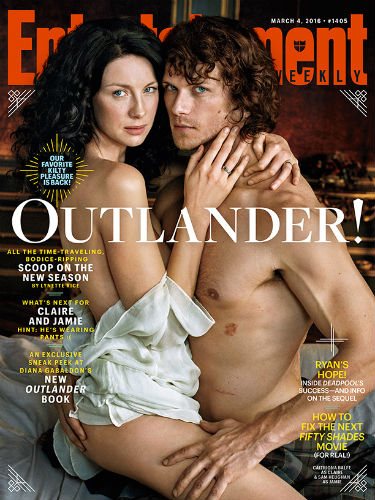 -I no longer watch Outlander, but I really wish the casts of all of the shows I watch would do photo shoots like this. Lordy!

-This is the funniest rant you’ll read about Kate Hudson today.

-You stay away from Lorde, Diplo! You stay far, far away!

-The writer of Idiocracy is very sad about correctly predicting the future. So are we, buddy.

–Prince is about to start throwing surprise concerts all over North America. Woot!

-How nice of NBC to make sure we can all enjoy our night on March 12 instead of feeling the need to stay home and watch SNL.

–Ryan Phillippe is trying his hand at stand-up comedy. If he really wants to get the crowd laughing, he should just show clips from Secrets and Lies.

-We as a society need to host an intervention with Sarah Michelle Gellar about her career, because this is a bad idea. Willow already has the banner:

-I’m really surprised that the stars of Bones agreed to come back, even if it’s just for one more season.

Tiffany Haddish Takes To The Streets