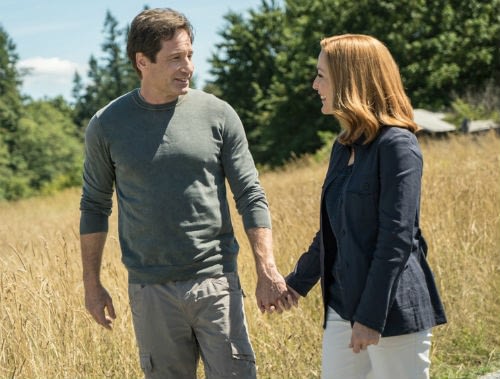 -So, that X Files finale actually happened, huh? I still can’t decide if one great episode was worth sitting through two mediocre ones and three terrible ones. And instead of a thank you to fans, that ending felt like a slap in the face.  Not that it matters: David Duchovny and Gillian Anderson both teased a return on social media, and Chris Carter says it’ll happen whenever they can work out scheduling. And despite the fact that pretty much every critic on Earth slammed it, the finale’s ratings were good.

–Sarah Michelle Gellar plays a terrifying PTA mom in this promo for Those Who Can’t. I watched a season 3 ep of Buffy last night (to cleanse our palette from TXF terribleness) so this is a hard transition.

–Stephen Colbert conducted the most awkward interview known to man with Casey Affleck last night. It got so cringe-worthy that Colbert suggested they fight.

-Today’s Lenny email landed in my inbox this morning with the subject line “Lena Dunham Stands With Kesha.” Yup!

–Chris Rock is set to “take shameless advantage of a shameful situation” during the Oscar monologue. Here for it!

-I need to catch up with Crazy Ex-Girlfriend, and this interview with Vincent Rodriguez III, who plays Josh Chan, makes me wanna.

–Bill Simmons‘ The Ringer (which I’m calling Grantland 2.0) will launch on Medium — which is huge for Medium.

–Aaron Paul still feels like “an asshole” about hyping a fake BreakingBad spinoff.

-Check out this adorable Parenthood reunion. I love that they still hang out.

-This is NUTS! Empire is leaving Canadian network TV and heading directly to Shomi instead. Let’s hope this isn’t a sign of things to come.

–Rooney Mara says the gender pay gap is “a side effect of something much greater.” Her answer about the white-washing epidemic is a little less direct.

-This is a great article about how TV talks about race & how one POC creator almost whitewashed his own show.

–John Travolta tries to keep the lights on in the new trailer for Life on the Line.

Lea Michele Opens Up About Finding Love After Cory Monteith

Tina Fey Opens Up to David Letterman for THR