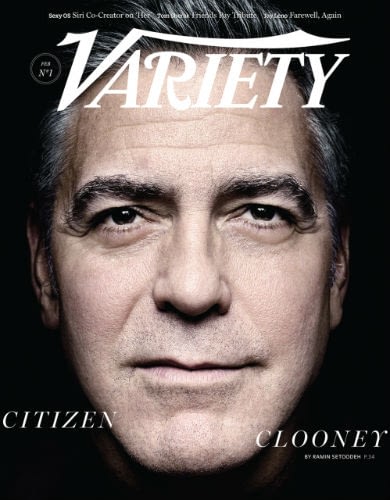 –George Clooney is criticizing the Oscars for being too white which is all well and good, but his production company has never (EVER) hired a non-white/non-male director.  (And you know how much it pains me to speak ill of Georgie. Seriously, I feel cramps coming on just typing this…)

-The Academy president has also issued a statement on the lack of diversity among 2016’s Oscar nominees saying they are making moves to widen the member base, which is a good first step. But as important as expanding the voting body is, it’s even more important to expand the types of people who they’re voting on. Studio executives, financiers, producers, casting directors and more need to widen the net. White dudes continue to dominate the scene behind and in front of the camera.

-One person who is NOT going to support Jada Pinkett-Smith‘s Oscar boycott is the original Aunt Viv.

-Here’s Idris Elba‘s full speech to British parliament on the need for more diversity in TV. Who needs to read erotica when we have this??!

–Jamie Foxx pulled a man from a car that flipped over outside his house. That sounds like some Tom Cruise-level heroics. Katie certainly has a type.

–Bradley Cooper, Jake Gyllenhaal, Seth Rogen and more audition for the role of Cher Horowitz in Clueless for a new W video. I’d cast Jake in a heartbeat.

–Gwyneth Paltrow and Brad Falchuk: still a thing. Also, good on her for making a white bikini work. That rarely happens.

–Derek Zoolander nailed Vogue’s 73 question challenge in a way no one has ever nailed it before!

–Madonna has denied those reports that she was drunk at her Louisville show. (She doesn’t address the rumours that she was 3 hours late, tho.)

-Uh oh. HBO’s Westworld has halted production to finish scripts. This isn’t exactly a kiss of death (The Leftovers did the same thing in season 1), but it’s also not super comforting.

-Here’s another X Files review suggesting that if you can make it through the first two episodes, the third will flood your life with sunshine and happiness. #FingersCrossed

-Nothing makes me happier than Gillian Anderson’s complete and totally inability to remember old X Files episodes. The trivia part at the end of this interview is delightful.

-The NYT did a great profile on Rachel Bloom. Are you watching Crazy Ex Girlfriend? Why not?

-Nothing fascinates me more than finding out how much celebrities get paid to mention products on Instagram.

–Zac Efron posted a Martin Luther King Jr. Day message on Instagram that somehow made it all about him. Between this and his lack of appearance on this morning’s High School Musical reunion on GMA, he’s on my shit list today.

-Oh wait, the Neighbors 2 trailer just came out and Zac is hilarious in it. #Forgiven. (Also, is this the first greenband trailer that’s included the word “shit” uncensored?)