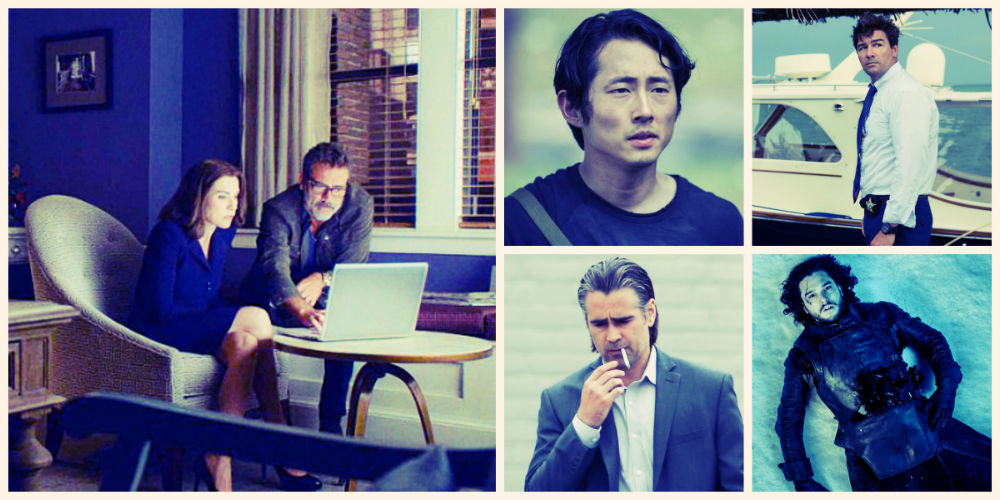 With more TV than ever, it’s not hard to find something to watch that you’ll love instead of wasting time with mediocre TV. We’ve already covered our favourite shows and moments of 2015 in the previous post, but it wasn’t all puppies and rainbows on the small screen. Here, my fellow TV addicts (Ange, Heather and Nicole) gather for a round table discussion on the TV we hated this year. (Warning: spoilers ahead!)

Jen: Maybe it’s because I was raised on Joss Whedon dramas or maybe I’m just a masochist, but I like it when my shows occasionally kill off a beloved character. What I don’t like is when my shows only pretend to. A bunch of dramas fell into this trap this year (The Flash, Game of Thrones, Arrow, The Vampire Diaries), but none was so terribly executed as The Walking Dead. Fake-outs not only feel like a big f-you to the audience, but they also erase the stakes of your show. Stop it, writers.

Ange: Nobody did a proper death like Joss Whedon! Even his not-so-dead deaths (Buffy’s resurrection!) were great. But all these fake-out’s are getting out of hand. I’m not saying kill all our faves, I’m just saying that sometimes you need to have a proper death. I think TWD should have committed to Glenn’s death.

Nicole: Stupid True Detective and their dumb fake out with Colin Farrell (I don’t even care enough to look up his character’s name) was terrible. Ditto Jon Snow on Game of Thrones.

Heather:  The last scene in Bloodline where Danny’s son shows up was terrible.  Yes, I’m bitter about that series (see ‘Shows I Can’t Believe I Wasted My Time On’ below) and this scene did not help at all.

Ange: When Oliver REFUSED to tell Felicity about his son on Arrow. I mean, is he serious here?! Where did his damn character growth go?! Jen and I text each other during both Arrow and The Flash, and this scene took the cake for us both. I’m pretty sure she heard me yelling through the incoherent texts at that point. Also, any scene with Laurel I roll my eyes to the point I’m fairly sure my husband thinks I’m having a seizure.

Nicole: I definitely yelled at my TV when Alicia on The Good Wife slept with Peter this season. Why would you do that when you have a hunky Jeffrey Dean Morgan right there smouldering at you?! Why do I still watch this show?

Jen: This was the year when I started swiftly and brutally dropping shows that pissed me off or pushed things too far. (There’s no time for crap during Peak TV). I erased Outlander from my DVR after the threat of sexual violence became suffocating in almost every episode. I also took a long break from Game of Thrones after Ramsey raped Sansa (made even worse because it seemed to be more about Theon’s growth than hers). I’m nowhere near wanting to drop The Flash yet but a scene that elicited a big “Oh, COME ON!” from me was when Barry’s father was freed after 15 years in jail — and immediately and inexplicably left town instead of spending time with his son. I’m not sure if it was the result of some sort of behind the scenes personality or contract drama but it was the first time I felt like the seams were showing.

Worst Trend: Reboots No One Asked For

Jen: Even if The X Files revival is horrible (please don’t be horrible!), I can’t wait for it. But reboot fever is out of control. Does the world really need more Full House? Why did anyone think Heroes: Reborn would work? Can’t we just leave our precious Gilmore Girls memories intact? Was NBC seriously considering bringing back Coach? Is the Twin Peaks and/or Prison Break thing really happening? Try to have some original ideas, Hollywood.

Ange: Yeah – I’m REALLY looking forward to The X-Files revival, but I too am hesitant. As for the rest … I’ll most likely take a pass except for Gilmore Girls. Y’all know we’re going to watch! I’m also sorry to say that I used to be a HUGE Muppets fan, but I just can’t (CAN’T!) bring myself to watch more of the new show.

Heather: I am all in with Jen and Ange on this – excited (yet trepidatious) about The X-Files reboot and completely mystified by the Gilmore Girls one.  Why mess with something that was already perfection?  They already screwed it up enough in the last season or two when the original writers left and they did the Chris vs Luke thing – leave it alone!

Nicole: The Muppets is so disappointing! I’m gonna watch the hell out of Gilmore Girls and The X-Files and they better be good because I just finished rewatching Gilmore Girls beginning to end and I’m on season 2 of my TXF rewatch.

Shows I Can’t Believe I Wasted My Time On

Heather: Bloodline and House of Cards are at the very top of this list for me.  I love Kyle Chandler and I suppose it was well-acted from a technical point of view, but I found it extremely hard to feel sympathy for most of the characters which made it difficult to watch.  I have no words to describe how boring I found season 3 of House of Cards, so I’m just gonna leave it at that.

Nicole: I’m with Heather. I finished Bloodline but I’m done if it comes back. House of Cards and True Detective were both abandoned mid-way through. I’m getting so much better at dropping garbage shows!

Jen: Every year, The Walking Dead sucks me back in with a few decent episodes, and every year I regret it when it inevitably turns back into a burning tire fire. The Good Wife jumped the shark with their split screen shenanigans and hasn’t been able to recover since. I also can’t believe I saw the entirety of season 2 of True Detective. The only thing that made it tolerable was hate-watching it with everyone else on Twitter, where the snarky commentary was immeasurably more entertaining than that show could ever hope to be.

Ange:  The one show I am really mad at myself for wasting my time on in 2015 was Scream Queens. I found myself fast-forwarding this show more than actually watching it. (Though, there was one feminism scene – which could almost fall into the ‘Yell At My TV In A Good Way’ category!) But it didn’t make up for the rest of the series.

Don’t forget to check out our Best TV of 2015 picks and tell us yours in the comments and stay tuned for our Worst  TV picks.

Angus T. Jones Begs Us to Not Watch Two and a Half Men. Done!