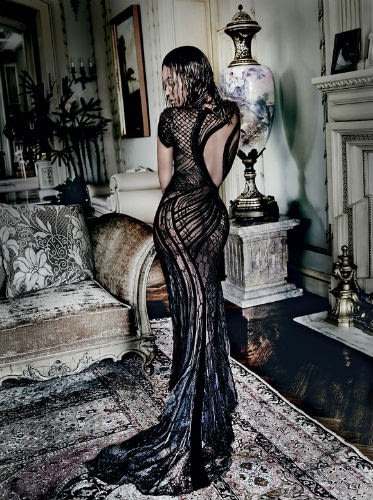 -I’m glad Beyonce is on the September cover of Vogue. It’s odd, but it almost feels like she needs this, you know? No one’s talking about the cover image though, because everyone’s fixating on this pic of her in a sheer dress. It’s a great shot (though I’m over the wet hair look — it was everywhere this year and it feels a little played by this point. I don’t want Bey to be following trends; I want her to be making ’em).

–Ben Affleck‘s camp has recruited TMZ to tell his side of the nannygate story. That’s…interesting.

–Deadmau5 went on a long Twitter rant about Skrillex and admitted that he’s a “fucking diva.”

-I really, really want Aaron Paul to become a giant movie star, but I don’t think this weeper is the one that’s gonna do it for him.

–Lamar Odom denied that he ambushed Khloe Kardashian. Ok, but what about the report that he referred to himself in the third person by telling a bystander who asked her if they should call the cops, “You’re not going to call the cops on Lamar Odom”? ‘Cause that’s just as disturbing.

-Wait, there’s a Fresh Prince revival in the works and Will Smith is on board as a producer? FFS, Hollywood, enough with the reboots!

-Every new Sicario trailer pulls me in deeper and deeper.

-The comedy slate at NBC is getting a desperately needed shot in the arm. Both Tina Fey and Mike Schur (of Parks and Rec) are developing sitcoms for the network.

–FKA twigs just surprise-dropped a new EP with a short film. Yay! I’ve been listening to “Two Weeks” on repeat since hearing it again on last week’s Mr. Robot.

-That Xena reboot is still in the works, whether Lucy Lawless knows it or not.

-Has hell frozen over? Gwyneth Paltrow took a break from recommending ridiculously overpriced clothing in this week’s GOOP (well, almost. There’s still this $750 scarf) to devote a spread to Old Navy, which she says her son loves.

-The full trailer for Bradley Cooper’s Burnt is out; I’m still in. Chef drama is like crack to me.

-Speaking of trailers, here’s the first one for Natalie Portman‘s directorial debut, A Tale of Love and Darkness.

-In other trailer, Robert Pattinson gives good retro in the Life trailer.

Lindsay Lohan Is Ready For Her Comeback