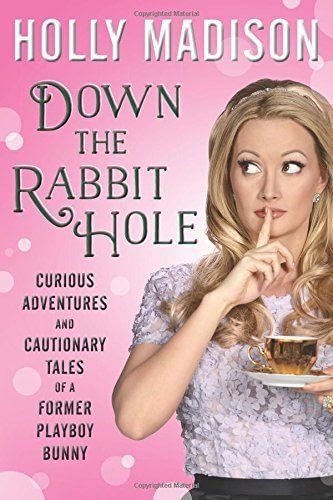 –Holly Madison reveals that the Playboy mansion is a soul-sucking hellhole, shocking no one. (This is a long read, but sooo good.)

–Ben Affleck and Jennifer Garner have escaped to the Bahamas with their kids amid the divorce drama. Ok, so where can WE go to escape it?

-Here’s the first look at Pride and Prejudice and Zombies (a book I LOVED!). I was worried by the top photo that it would be more Harlequin than Regency, but the other photos are much better.

–Prince giveth, and then Prince taketh away. After surprise-releasing a song yesterday, he then made all his other music extremely hard to find.

-So maybe we shouldn’t be feeling so bad for Paris Hilton after all. She might have been paid millions for that plane crash hoax.

–Amy Schumer went so far as to meet with Jon Stewart to talk about taking over The Daily Show.

-There’s a “female stampede” to the theatres to see Magic Mike. Last night’s audience was comprised of 96% females — that’s the biggest female share ever, better than Sisterhood of the Travelling Pants (96%) and Sex and the City 2 (90%). So expect a new wave of gob-smacked “Gosh, it looks like women-driven movies can actually make money” on Monday.

-The Heart of Dixie boys being all cute and familial with each other is giving me a lot of feels.

-Here’s the The Affair Season 2 teaser. Remember how that show had an amazing pilot and then fell completely off a cliff.

-HBO has released a full trailer for 7 Days in Hell starring Andy Samberg and Kit Harington as two tennis sensations in their quest to win Wimbledon. It might be the greatest mockumentary of all time?

–Alexis Bledel and Katherine Heigl are getting married in the new trailer for indie drama Jenny’s Wedding.

-Next time I’m trying to convince someone to catch up on iZombie over the summer (which seems to be a daily convo), I’m just going to point them to this “10 Ways That iZombie Is Basically Veronica Mars” article instead.

-Yeah, Marc Jacobs posted a butt pic. What’s it to you?