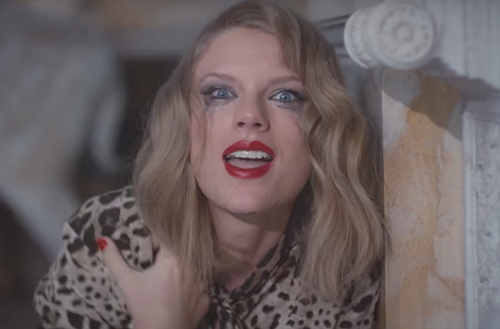 -Ruh roh. Someone apparently hacked Taylor Swift‘s Twitter and Instagram feeds this afternoon and claimed to have stolen nude photos of her for sale. Swift quickly recovered her accounts and tweeted the best response ever before dismissing the nude photo rumours.

–Jennifer Lawrence, Adele and Harry Styles reportedly hung out together and threw olives “at people walking by“…which makes them sound like jerks.

-The Scientology movie debuted at Sundance and everyone is freaking the eff out. It seems to cover a lot of the same craziness from the book it’s based on (including Tom Cruise‘s personal meadow), but the movie further delves into his split from Nicole Kidman. Apparently post-split the “church” set him up with the girl who played Nora on How I Met Your Mother, and pre-split they hired a private investigator to tap Nicole Kidman’s phone.  Wait — wasn’t Kidman’s phone already being tapped, which lead to the now infamous transcript of that call between her and Cruise from the set of Practical Magic? How many people were listening into that poor woman’s conversations?!

-The “church” has responded by called the doc “entirely false”. (Of course they start their letter to movie reviewers with “Dear Sirs.” God forbid a woman could write a movie review!)

-In other Sundance news, I’m glad that Saoirse Ronan‘s Brooklyn is getting raves. I saw her at TIFF last year, and though the movie I saw was just OK she was amazingly sweet and talented.

–Katie Holmes (who wore a killer hat at British Fashion Week) just landed a cable TV gig which *sounds* like it would be a great career move. Unfortunately, she’s going to appear on Ray Donovan, which is probably the least well-reviewed, most critically hated “prestige” show on TV. So close, Joey Potter! At least you’re now on the same network as Pacey.

-I’m amazed it took this long for someone to create a Who Said It: Lorelai Gilmore Or Sarah Braverman? quiz.

–Berger recreated the Post-it note breakup from Sex and the City and it was perfect.

–Benedict Cumberbatch made a stupid comment and probably ruined what little Oscar chances he had, but at least his subsequent statement is a master class in celebrity apologizing. That’s how you own a f*ck up.

-Netflix’s first teaser for its Wet Hot American Summer series confirms that pretty much everyone from the movie is returning, including Bradley Cooper, Paul Rudd, Elizabeth Banks and Amy Poehler.

-In less exciting Netflix news, the plot of Adam Sandler’s upcoming movie for the service sounds even worse than you’d expect.

-The intense first trailer for Child 44 starring Tom Hardy is here — and now I want my mommy.