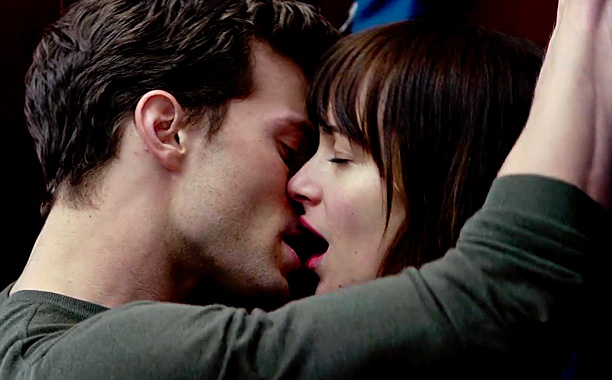 -A new trailer for Fifty Shades of Grey has landed. As The Star puts it, “it’s about as sexy as a wet dish-rag left out in the yard and chewed on by squirrels.”

-Ironically, a trailer for The Fall starring Jamie Dornan also landed today — and he’s a million times hotter in it than the Fifty Shades one.

–Patrick Schwarzenegger and Miley Cyrus made out at a college football game. That’s one way to go public, I guess…

–Seth Meyer‘s proved that Aaron Sorkin parodies can still be funny — while trying to prove that they can’t.

-I know it’s hard to believe that an article about the Jonas Brothers could be great, but this one about how Nick Jonas became the king of twinks really is. Trust.

-I like the idea of the Scandal cast getting pranked, I just wish the prank was, you know, good.

-Madame Tussaud’s new Anne Hathaway waxwork is so, so bad, you guys.  What’s up with that nose?

–Robert Pattinson shaved a landing strip into his head, which is as gross as it sounds.

–Bill Cosby’s booking on Letterman next week has been canceled as those rape allegations resurface.

-Prepare to feel old: Lorde just schooled us all on teen slang.

–The Cancel Bear has taught me to realize that more episode orders won’t mean a renewal come spring, but I’m still glad we’re getting a few more of The Mindy Project.