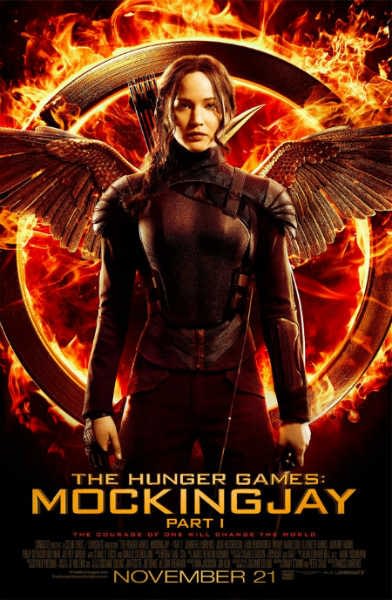 –Chris Martin and Jennifer Lawrence are still a thing (though if they still want to avoid the paparazzi, maybe they should stop going to Beverly Hills hotspots).

-Speaking of Jennifer, a new poster and teaser trailer for Mockingjay has landed.  (A teaser for the trailer. That’s where we’re at now.)

–Andrew also blamed the studio for the failure of The Amazing Spider-Man 2.

-What has Blake Lively done lately to make her cover material? And why must she always slam Gossip Girl in every interview?

–Gillian Anderson has been promoted to a series regular on Hannibal. Just when I think I’m out on that show, they pull me back in…

-The internet continues to be mesmerized by Jared Leto’s dick.

–Nick Offerman has just one piece of advice for college freshmen.

–OK Go claims Apple ripped them off with their iWatch promotional video.

-Remember when George Clooney was seen at Highclere castle and the press were speculating about it being a wedding venue? Well, it turns out Clooney is set to appear in Downton-related film for charity.

-Also, there’s video of George talking about his love for Amal. Gird your loins.

–Channing Tatum is terrified of porcelain dolls and Ellen set out to prove it.

–Sofia Vergara‘s ex Nick Loeb proves to be as gross as we always assumed he was.

-Here’s the first clip of Jessica Biel on the season premiere of New Girl.

-And here’s the trailer for Good People starring Kate Hudson and James Franco.