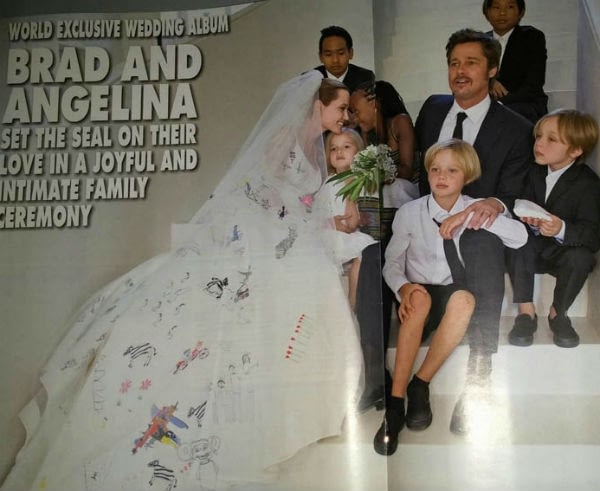 -Meanwhile, they’re on a boat.

–Brad and his Fury costars sent a message of support for Prince Harry‘s Invictus Games .

–Beyoncé celebrated her birthday by flipping off those divorce rumours and spending the day with Jay Z and Blue Ivy on a beach, while Jay Z posted a video tribute to her — just in case you weren’t already convinced.

-Meanwhile, Blake Lively baked her a cake. So yeah, that happened.

-It looks like Amal Alamuddin will be wearing an Alexander McQueen dress when she walks down the aisle.

-Wait, did we know Kristen Bell was pregnant? She showed off her belly bump at TIFF last night.

-The cast of Parks and Rec went above and beyond for a Make a Wish kid.

–Chris Pratt can make me a mix anytime.

-Is there anyone in Hollywood who *won’t* be joining the Arrow cast this season?

-The new Horrible Bosses 2 trailer proves the boys are way better at kidnapping than murder. Chris Pine doing comedy? I dig it.