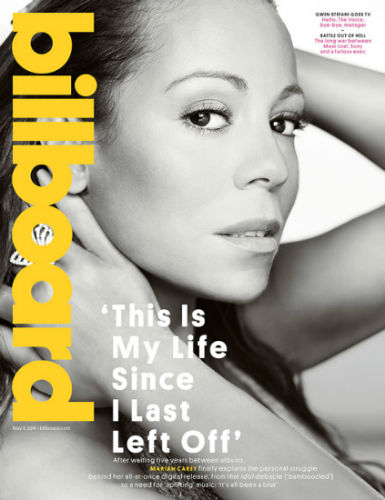 -This photo of Jennifer Lawrence flipping the bird at the paparazzi while Nicholas Hoult tries to stop her seems to sum up their entire relationship.

–Miley Cyrus has been discharged from the hospital because she can’t stop, won’t stop, etc.

–Justin Bieber was detained by U.S. customs at LAX last night for hours for reasons that are still unclear. Maybe the TSA had Bieber fever?

–Selena Gomez decided to freeze out the Jenner sisters because A) she hated their entourage at Coachella, B) one of them slept with Justin Bieber, or C) she just realized neither was planning to bring her as their +1 to Kimye’s wedding.

-Speaking of fangirling, Amy Poehler‘s reaction to meeting Michelle Obama on the season finale of Parks and Rec was priceless.

–Chris Martin obliquely referred to his split from Gwyneth in a new interview with BBC, referencing recent “challenges” and “false headlines.”

–Ashley and Mary-Kate Olsen made a rare appearance on Ellen and revealed that they don’t really know that much about each other.

–Chrissy Teigen wants everyone to stop commenting on her weight gain. People suck.

-Someone uploaded video for The Office finale table read. I love that Creed actually sings “All the Faces” and makes everyone cry, and John Krasinski does a Jim look-to-the-camera at the end.

-Did Tom Hardy get secret-married?

–A Chocolate Box Kind of Life, a trailer treatment of Forrest Gump in the manner of Wes Anderson, is exactly what you’d expect.

–Kit Harrington really has a thing for his GoT costars, huh?

-I love how Matt Bomer, Jim Parsons and Mark Ruffalo react incredulously to Taylor Kitsch’s story about needing to get the crotch on the jeans he wore in The Normal Heart elongated.

-A new trailer for Cameron Diaz and Jason Segel’s Sex Tape has landed. I don’t know about this one, guys. I just don’t know.

-Meanwhile, I really liked how this review of The Other Woman turns into an examination of Cameron Diaz’s current career state. “[The Counselor] led her to drive What Happens in Vegas straight to hell. This is a woman whose stardom has evolved. She knows it’s time to stop being f**ked and start f**king you.”

-Also, here’s every line Kate Upton has in The Other Woman. It won’t take you long to read.

–Aaron Carter can’t stop talking about how ex-girlfriend Hilary Duff is the one that got away, which is totally awkward and creepy.

-I’m intrigued by the new trailer and clip for The Two Faces of January. Oscar Isaac needs to be a huge star already.

–Natalie Portman’s Jane Got a Gun has just been moved to the movie wasteland that is February. This thing has been doomed from the start.

-The Jem movie casting is crazy underwhelming. I’m pretty sure I’ve seen episodes of Nashville that included Aubrey Peeples but I still have zero recollection of her.

-BuzzFeed asked 25 fashion companies if they were still planning to work with Terry Richardson, and the results were depressing.

-No surprise here given his real-life antics, but Scandal’s Columbus Short will not be returning for season 4.

-Jason Sudeikis looks like a proud new papa on the set of his new movie.

-These photos from Variety’s Power of Women event make me wonder why they asked everyone to awkwardly pose in a corner?

–Isaiah Washington returns to Grey’s Anatomy in this new clip.

-Here’s a clip of Keira Knightley serenading Adam Levine in Begin Again, a movie I *loved* at TIFF.

-Speaking of movies that got a great reaction at TIFF, here’s the trailer for Richard Linklater’s Boyhood, which was 12 years in the making. They starting filming it when the kid was 6 and wrapped when he was 18.