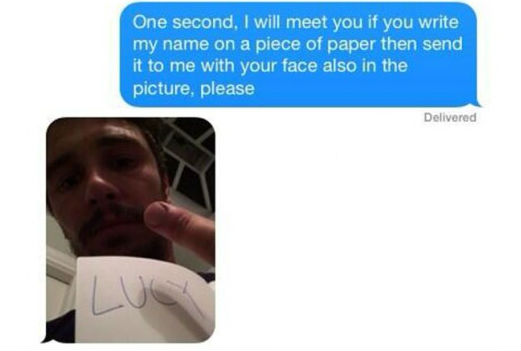 -This story about James Franco allegedly trying to pick up a 17-year-old girl on Instagram is the stuff that gossip dreams are made of. SO. DAMN. GOLDEN. He responded to the report by all-caps tweeting “I hope parents keep their teens away from me.” Perfection. I mean, totally gross – but perfection.

–Lady Gaga helped Bill Murray check an item off his bucket list by taking a selfie with him on Letterman last night.

-Speaking of Letterman, he just announced his plans to retire from CBS in 2015. I wonder how likely it is that a woman will get his spot? Apparently, Craig Ferguson has right of first refusal.

–Patrick Stewart and Ian McKellen shared photos from their tour around New York City to commemorate the end of their Broadway runs. I love these two so much.

-Newlyweds Adam Brody and Leighton Meester look appropriately lovey-dovey on the streets of Manhattan. Even more important, I think I have the same puffy coat as her!

-One of those memorable SVU guest stars is Jennifer Love Hewitt, whose Client List costar Colin Egglesfield was arrested at an art show for disorderly conduct and criminal damage. Sad; I met him once and he was beyond charming.

–Drake is on a roll this week, releasing yet another song called “Days in the East.” Quick, everyone scour it for Rihanna references!

–Nigella Lawson is reportedly not allowed into the U.S. because of her recent testimony surrounding her drug use. Anthony Bourdain added credibility to the report with a couple of angry tweets.

–Zac Efron is set to produce and star in a new John Grisham thriller, and I’m really hoping he’s up for it.

-Scandal star Tony Goldwyn tries (and fails) to defend Fitz in this interview about the show’s season finale later this month.

-All the weekly magazines are blaming Gwyneth Paltrow for the split because what else is new? Even People magazine has consciously uncoupled from their Most Beautiful star.

–Kate Hudson probably shouldn’t be blamed for the split either.

–Jonah Hill should only do interviews when Channing Tatum is around to make him seem nice.

-I totally forgot that True Blood is a thing that still exists. HBO just announced it’s final season will being airing on June 22.

-In case you were wondering, yes, Mariah Carey hates it when Nick Cannon talks about his past hookups.

–Joe Jonas — who knows a thing or two about growing up in the spotlight — blames Justin Bieber’s dad for his “party animal” behavior.

–Kaley Cuoco says getting breast implants at 18 was the best decision she ever made. Sigh.

Batman vs Superman Trailer Leaks, Internet Has No Chill