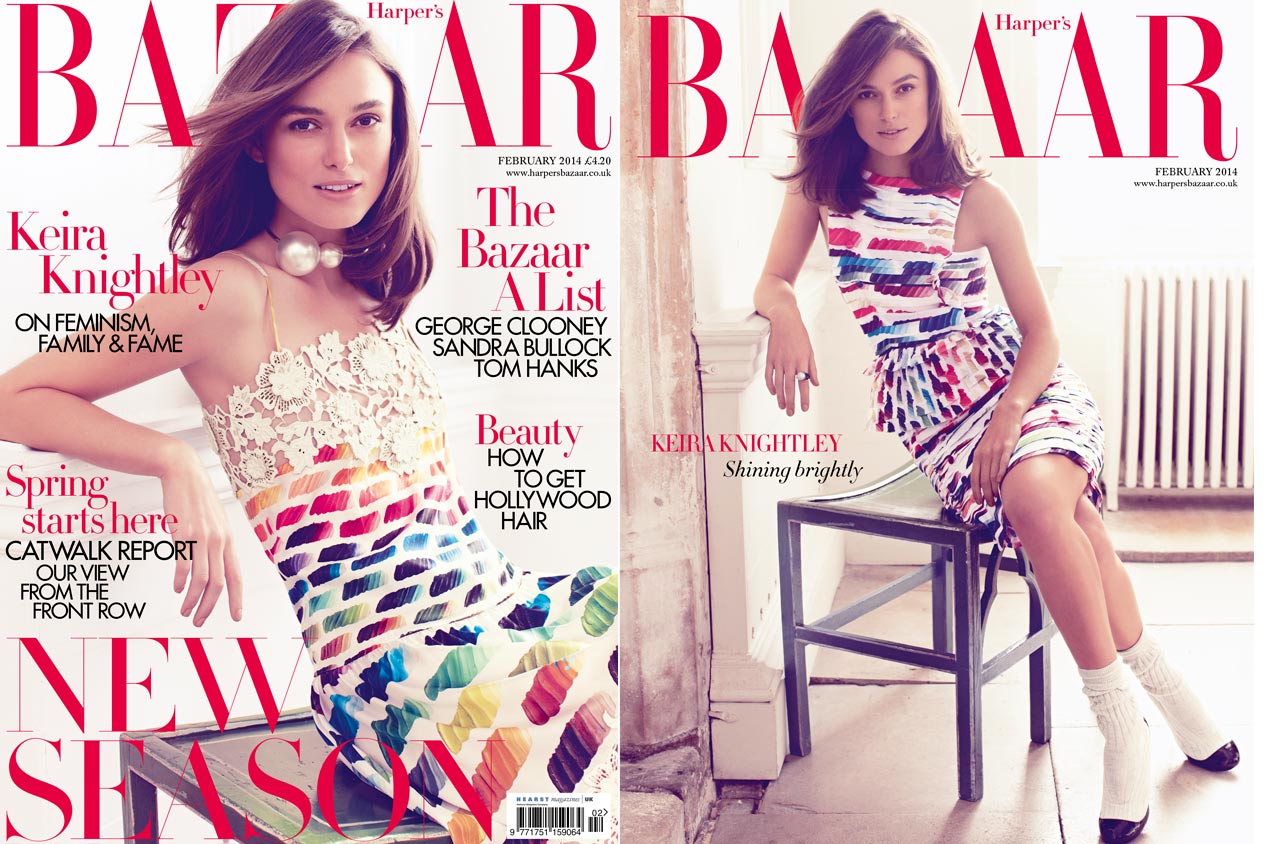 -It’s a big week for gender discussions in Hollywood. First up, Keira Knightley covered Harper’s Bazaar, where she talked about why she’s glad feminism is no longer “a dirty word.” She also revealed why she only joined Twitter for 12 hours.

-Then, Kevin Smith defended a female blogger who was harassed after she dared to diss Jay and Silent Bob.

-Also, Neil Gaiman explained how the phrase ‘strong female character’ is just lazy writing — which has been said before, but is worth repeating.

–Khloe Kardashian says her mother wanted her to get a nose job when she was just nine. Lovely!

-Wait, so are Miley Cyrus and Kellan Lutz actually a thing?!

–Paris Hilton claims she one of the top 5 highest paid DJs in the world…and the scary thing is she might be right.

–Stephen Colbert had a teeny tiny cameo in The Hobbit: The Desolation of Smaug.

-I missed this over the holidays: there’s talk that the newly separated Keri Russell is dating her Americans costar, Matthew Rhys.

–President Obama is really into critically acclaimed TV shows like Breaking Bad but he’s “way behind and frequently reminds those around him not to give anything away.”

–Lady Gaga‘s ex boyfriend is threatening to sue, claiming her new biography paints him as a villain.

–Patton Oswalt won the internet (again!) when responding to a Twitter request to sponsor his tweets.

–Shia LaBeouf continues to apologize on Twitter for plagiarizing his comic book — by plagiarizing other people’s tweets.

–Anne Hathaway was so angry with a paparazzo that she left the contents of her dog’s poo bag on his car.

-Well, this is progress: Amanda Bynes was spotted in public looking totally normal.

-Ending up at the same bar as Beyonce and Jay Z looks exactly as much fun as you’d hoped it would be.

–Michael Fassbender kind of looks like an alien on the cover of British GQ.

-Here’s our first look at Ben Affleck as Nick Dunne in the adaptation of Gone Girl.

-Before the holidays, some lucky Dubliners were serenaded by a couple of famous Christmas carolers: Bono and Glen Hansard.

-Community returns this week, and reviews of the first few episodes are glowing.

-I missed Britney Spears‘ new documentary but judging by the reviews it sounded…interesting.

-Here’s the first look at The Red Road, the new Sundance drama starring Jason Momoa and Julianne Nicholson. That channel is on fire these days with their original programming, so it’s probably worth a look.