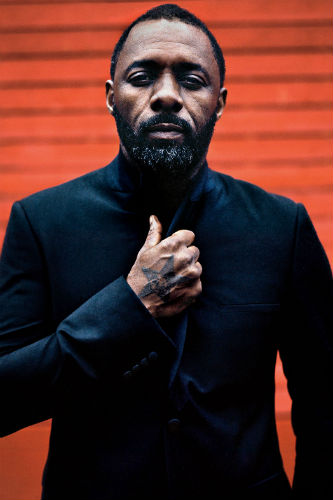 –Idris Elba is looking all kinds of fine in the new issue of Vogue. Merry Christmas!

-Welcome to a world in which Brad Pitt is 50 and covering AARP.

-Speaking of the olds, Bruce Willis may be 58, but his sperm is stuck at 21. He’s about to be a daddy for the fifth time.

-I can’t wait for The Fault In Our Stars adaptation, but this might be the worst tagline ever.

–Pippa Middleton is engaged to her boyfriend. Does this mean we have to learn his name?

-A very bushy Prince Harry and Alexander Skarsgard arrived at the South Pole.

-I am weirdly invested in Demi Lovato and Selena Gomez’s friendship. I blame Princess Protection Program.

–Kim Kardashian wants you to know that she doesn’t wax her baby’s eyebrows, so there!

–Aaron Paul once again proves he’s the best guy in the universe by helping a fan propose (he shows up at 5:25).

–Will Ferrell told David Letterman about that time he met Rob Ford.

–Kelly Rowland just revealed that her fiance proposed via Skype and the world was all, “Oh, sweetie, no.”

–Bradley Cooper says he was high and suicidal on the set of Alias. Well, that Melissa George storyline *was* pretty damn awful.

–Kourtney Kardashian and Scott Disick are denying those split reports.

–Jimmy Fallon’s SNL promos seem looser than usual, though he remembered to squeeze in a Justin Timberlake reference every 30 seconds.

–Beyonce‘s producer Ryan Tedder says he learned about the album’s release only 90 minutes before. It’s already sold one million copies.

-I actually agree with Jared Leto on something. Weird.

–Miley Cyrus and Kellan Lutz touched down in Miami together on the same private jet, which seems about right.

-I know we shouldn’t be looking to the cast of Duck Dynasty for enlightenment, but COME ON.

–Jon Hamm‘s dick is on the loose again.

-This video of Britney Spears surprising one of her biggest fans is lovely.

–R. Kelly addressed the Village Voice article by not really saying anything at all. Meanwhile, I like all of the “come to Jesus” moments music critics are having.

-This Taylor Kitsch interview is long but well worth the read, especially the part about his lean early days as an actor. “I stole a cooking pot from a garage sale to boil chicken.”

–Adam Sandler and Drew Barrymore reunite in the trailer for Blended. I don’t think even Terry Crews will be able to save this one…