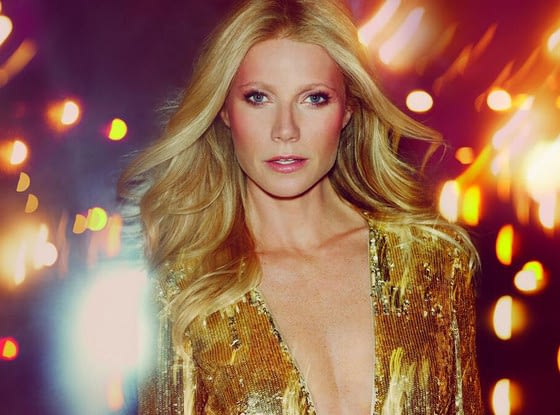 –Gwyneth Paltrow used to drive her kids to school on a Vespa, but school officials have reportedly put the kibosh on it due to safety concerns.

-So now even Miley Cyrus is making fun of Justin Bieber?

–Mariah Carey took to her Facebook page to publicly shame a sound engineer who uploaded the wrong mix of her new song. The whole post is so glorious, I poured a glass of water and reread it, just so I could do a spit take.

-Watch out world: Chris Brown is out of rehab and on the loose again.

-Vice asked James Franco to review 12 Years A Slave, for some reason. The results are very James Franco-y.

–Avril Lavigne says she partied so hard she can’t remember any details from her wedding. What a charmer!

–Jennifer Lawrence says she “almost threw up” when she met Justin Timberlake. She should save her puke for someone more worthy.

-If you ever see Barbara Walters at a movie screening, leave the theatre immediately.

-Whoa. NBC withheld the majority of Jonathan Rhys-Meyers‘ $100k/episode salary until he was done filming Dracula because they were worried about his issues with substance abuse.

-Meanwhie, Alec celebrated the guilty verdict of his stalker by calling a photographer a “c***sucking f*g.”

–Jake Gyllenhaal had to go to the ER for “numerous stitches” after punching a mirror on a movie set. Don’t worry, Jake. I had a similar reaction when I saw the Rob Ford tape this morning.

-Oh, and Charlie Sheen just wrote an open letter to Rob Ford. He wants to be BFFs, of course.

-Those glorious bastards at Buzzfeed killed my productivity today by compiling a ranking of every single Buffy episode. Though I would have ordered them a bit differently, their top 20 is pretty bang on.

-NBC is finally (finally!) doing something right. They’re giving Maya Rudolph a variety special which may (fingers crossed!) turn into a series.

-In other ‘funny people getting awesome deals’ news, Key & Peele are teaming up with Judd Apatow on a new comedy film.

–Wil Wheaton is a brave man. He just dared the Internet to Photoshop him.

-In a new ad for Volvo, Jean-Claude Van Damme does an epic split on two trucks. Is this real? This can’t be real, right?

-The Artist star Jean Dujardin has split from his wife.

-So weird: Andy Kaufman‘s brother says the comedian is still alive, in love and has a daughter.

-Treme star Robert Brown is suing Macy’s in NYC for racial profiling and just being dicks in general.

-It looks like John Oliver‘s stellar takeover of The Daily Show this summer didn’t go unnoticed. He just landed a “topical comedy series” on HBO.

-I love this video of Donald Glover (aka Childish Gambino) performing “Shadows” on Arsenio Hall’s couch. But what is he wearing? Is he an extra on Lost?!

-Speaking of Donald, here’s photographic proof that season 5 of Community is actually happening!

-Oh right. I forgot that critics hated Love Actually when it first came out.

-The week’s almost over. Celebrate by watching Nick Offerman’s mustache dance to the Flashdance song.

-Meanwhile, at the end of this interview with Nick he reveals that Adam Scott is directing an episode of Parks and Rec this season.

-Weirdly, a long trailer for the new Flowers in the Attic surfaced this morning but it’s being pulled and replaced by a shorter version. Either way, will all be tuning into Lifetime on Jan. 18 to watch Sally Draper hook up with her brother.